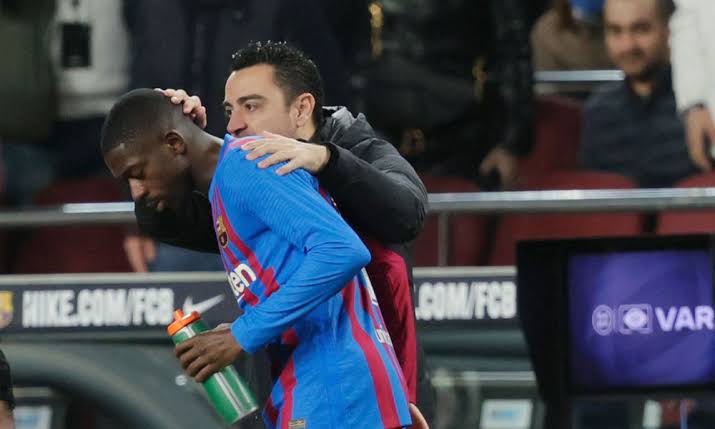 Barcelona winger Ousmane Dembele has been told to believe in himself more and consistently help the team to win.

The Frenchman had a disappointing game against Inter Milan as Barcelona fell to a 1-0 defeat in the Champions League on Tuesday.

However, Barcelona coach, Xavi Hernandez, who previously said Dembele had the potential to be the world’s best winger, could become more decisive for the club.

“We are very happy with his professionalism since we arrived, we gave him some love and confidence and he’s given it back,” Xavi told a press conference on Saturday.

“He needs to make the difference in every match, he can do it, and he needs to believe in himself more. To score more, assist more, and in each game he should give us more.

“He’s been making the difference but needs to do it even more so, in every game, in every moment.”

Dembele has become a key player for Barcelona under Xavi and has enjoyed a good season, although struggled with his final ball in Milan.

Barcelona could not break through in Italy and will be on the verge of Champions League elimination in the group stage for a second season running, unless they can beat the Italians at Camp Nou on Wednesday.

“We need to shoot more from outside the box, provoke defenders to step up and leave space in behind, our crossing and decision-making in the final third needs to be better,” added Xavi.

Barcelona host Celta Vigo on Sunday in La Liga, as they aim to hold on to top spot before next weekend’s Clasico.