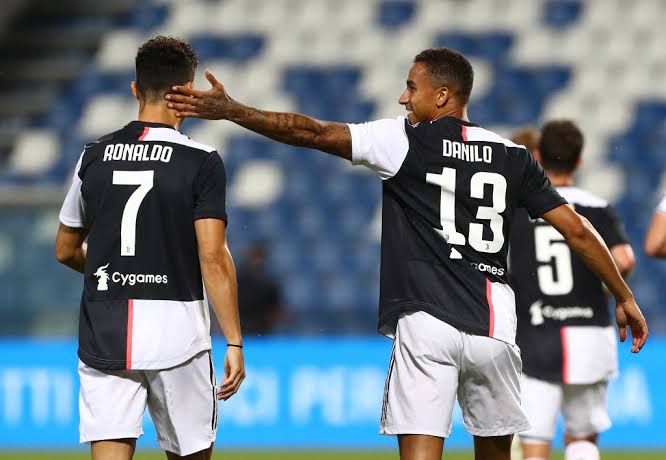 Juventus defender, Danilo has revealed that the Old Ladies feels the absence of Cristiano Ronaldo who left the club to rejoin Manchester United in August.

The Portuguese star was with Juve in the early stages of the season but opted to rejoin the Red Devils on the deadline day of the summer transfer for a reported €15 million transfer fee.

And ever since he left Juve, the club have had to endure a topsy-turvy start to the league this season, winning five of their first twelve matches of the season, losing four and recorded three draws, and currently sit on the eighth position on the log.

Danilo, in an interview spoke about the absence of the 36-year old in Juventus team and how impactful he would’ve been if he was still around.

“Any team would miss Cristiano Ronaldo and all the sides he left have suffered his absence,” the former Manchester City fullback told Goal Brasil.

“The years go by and he remains dominant. With him, every chance is a goal, the numbers don’t lie and he is extremely competitive.

“I learned a great deal from playing with Ronaldo at Juve, we still talk today and wish each other good luck before games, every now and then.

“We will continue to miss him, of course, but Juventus have the capacity and the DNA to get back on track even without Ronaldo and achieve victories with hard work and sacrifice.

“And Cristiano knows that.”

Lippi names three teams in the running for the SerieA title