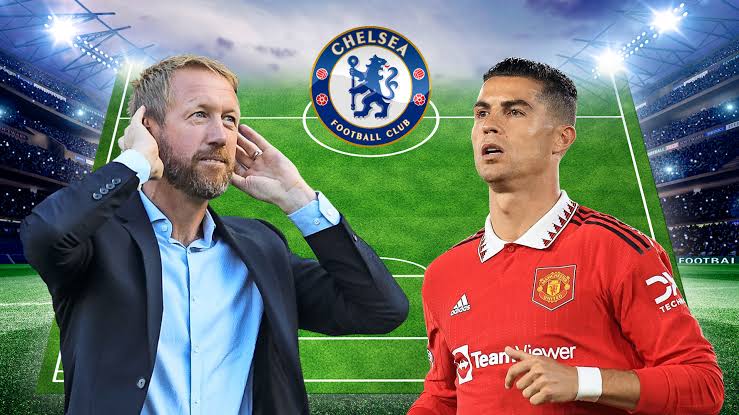 The Portuguese could leave Manchester United in January

Todd Boehly had once held talks with Ronaldo’s agent Jorge Mendes in Portugal ahead of a dramatic swoop for the superstar player.

Since the summer of transfer uncertainty for Ronaldo, he has only gone on to make a total of eight appearances in all competitions to date, with United manager Erik ten Hag opting to keep him on the bench throughout the Manchester Derby humbling.

The Dutchman did clarify that he wanted to preserve Ronaldo’s status and not embarrass him by adding him to the fray late on but it has now been revealed via numerous outlets that ten Hag has given the approval for Mendes to find another club for his client ahead of the 2023 January transfer window.

Could that team be Chelsea?

With Tuchel now gone, perhaps Potter could get a final tune out of the five-time Ballon d’Or winner if he was to be adjudged to be the right mould for the new system.

Whilst not giving away a lot with his blunt response ahead of Wednesday night’s game with AC Milan in the Champions League, Potter certainly didn’t rule anything out.