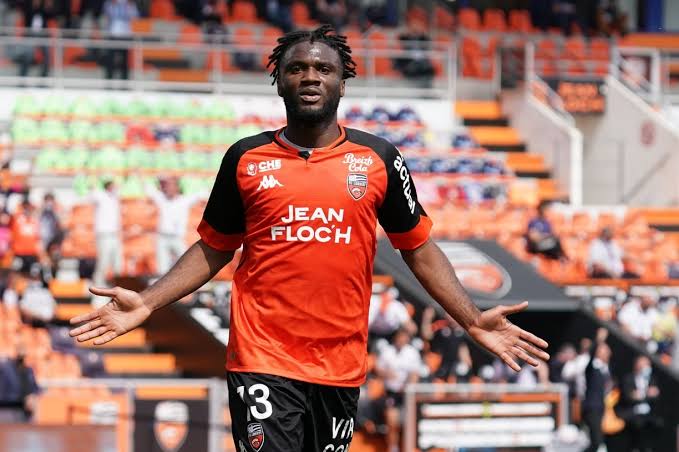 FC Lorient boss Christophe Pelissier has expressed his delight over Super Eagles snub of Terem Moffi, ahead of Africa Cup of Nations billed for January in Cameroon.

The Nigeria international made the initial 37 man shortlist drawn up by former Eagles boss Gernot Rohr submitted to CAF before he was relieved of his job last month.

Had the 2021 AFCON go down in June, the Lorient star could have probably been a part of the team to Cameroon following his brilliant debut campaign in Ligue 1.

Moffi had scored 14 Ligue 1 goals to help Lorient maintain their top-flight status and was one of the breakout stars in France and has scored two goals and two assists in five games this season.

In an interview with Quest France Pelissier said: “He is not really disappointed because he knew that there, he would only be a foil.”

“Terem knows how important he is here. He is happy to stay, and we too, selfishly, we are satisfied that he is staying here.”

Among Nigerian players plying their trade in Ligue 1, Terem Moffi is the only player not included in the 28 man roster for AFCON.