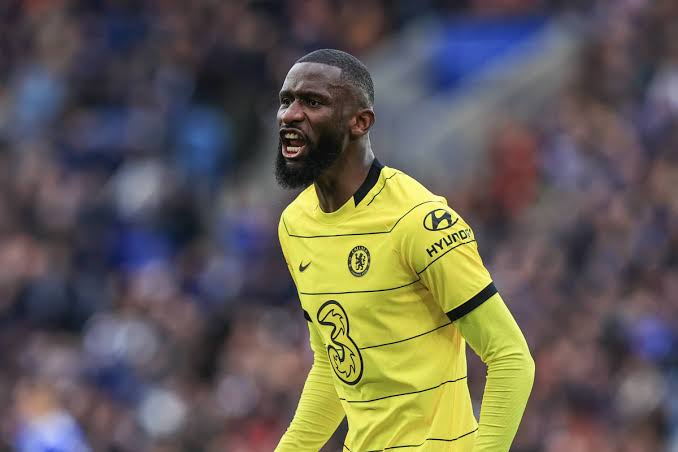 Chelsea boss Thomas Tuchel says the Stamford Bridge side is the perfect club for Antonio Rudiger, and hopes the centre back decides to stay at the club.

The German contract runs out at the end of the season and Chelsea are yet to reach an agreement on the terms for an extension.

According to report, it is believed that Chelsea has to make the Germany international one of their highest paid player if they wish to keep him especially with top clubs lurking around for his services.

Rudiger has continue to churn out commendable performances despite time running out to find a lasting solution to his contract issue, and Chelsea head coach has praised the professionalism of the 28 year old.

“He is fully committed to Chelsea right now. I am absolutely sure he feels the trust and respect and the love from the club and spectators.”

“He is a big competitor and he is in exactly the right spot. He is in the most competitive league, he is at a club where he really matters and that suits him perfectly, so let’s be patient and hopefully we have a good ending.”

Thomas Tuchel side will hope to continue their impressive form in their Tuesday’s Champions League tie at home to Juventus.

Thiago Silva Is My Idol – Chalobah