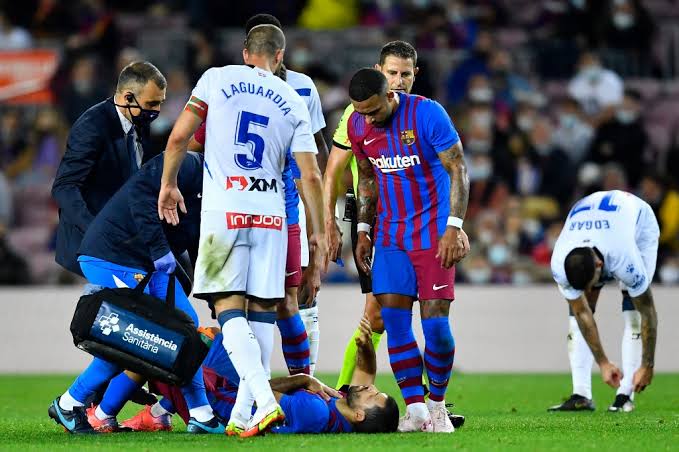 Argentina and Barcelona forward Sergio Aguero is reportedly considering retiring from football following a diagnosis of cardiac arrhythmia, which is believed to be more complicated than first thought.

The former City striker suffered an health scare during Barcelona’s game against Alaves last month, and the 33 year old test results have not been promising after he left the pitch 41 minutes into his start with a chest pain.

Much was expected of the Argentina international following his arrival at Barcelona in the summer of 2021, having joined on a free transfer from Manchester City.

According to Catalunya Radio, the 33 year old had initially been told to rest for three months, but it now appears the issue could be far more significant.

The Catalunya Radio further says, the option of retiring has been put to Aguero with report saying that his condition is complex and could be incompatible with professional sport.

The Argentine walked off the pitch before spending the next two days in hospital, and as it stands the incident has promoted a reported retirement for Aguero.

Earlier this month, Aguero released a video thanking the Barcelona’s supporters for their messages and supports he received from them.