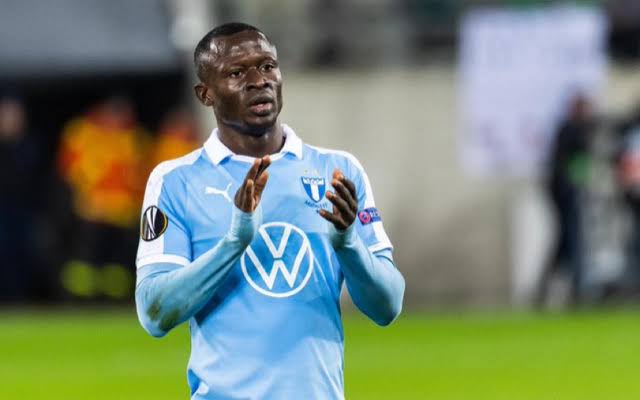 Reports emanating from Europe has indicated that Nigerian international, Innocent Bonke, is set for a move away from Malmo as a free agent in the coming weeks as he has reportedly rejected a new offer tabled before him by the club.

It has been claimed that a host of foreign clubs have monitored the progress of the 25-year old who joined the Swede Champions side from Lillestrom in 2017.

However, the possible destination for the Super Eagles star remains unknown but it is reported that a move away from Malmo in the winter is possible.

Bonke has been an ever present figure at Malmo since his arrival at the club and his consistency also earned him a call up into the Super Eagles in a World Cup qualifier against Cape Verde.