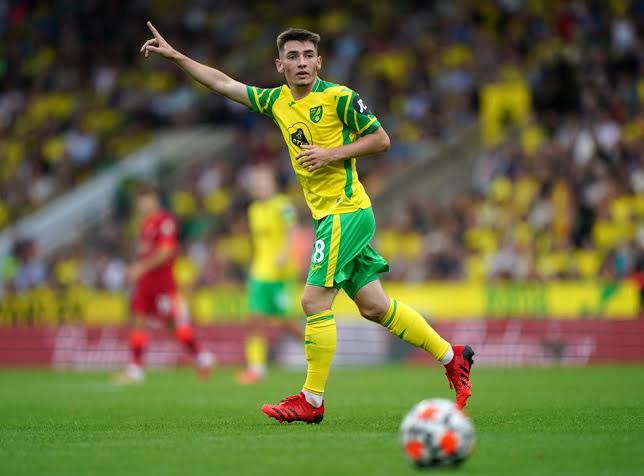 Phillips wants the midfielder to cut short his loan spell at Norwich in favor of a January loan move to Leeds United for more consistent playing time.

Since moving to the struggling Premier League side from Chelsea having failed to convince Chelsea’s boss Thomas Tuchel, the youngster has been under the radar at Norwich playing four games in 11 Premier League matches.

With Norwich currently rooted to the bottom of the table on just five points, the former Sunderland forward believes Gilmour should leave in favor of a move to a more stable team.

Phillips while speaking with Football Insider said: “Gilmour hasn’t got much game time under his belt, and I can’t see why with where Norwich are in the league. There’s no point in him going back to Chelsea because he will hardly play.”

“He should go back out on loan to somewhere like Leeds. They aren’t rooted to the bottom of the Premier League, and he will probably get more time under Marcelo Bielsa.”

“They Leeds play more of the type of football Gilmour is suited to, so it would be a great move for him.”

With the January transfer window set to open in two months time, we’ll wait to see where the Scotland international will be playing his football next whether at Norwich or elsewhere.