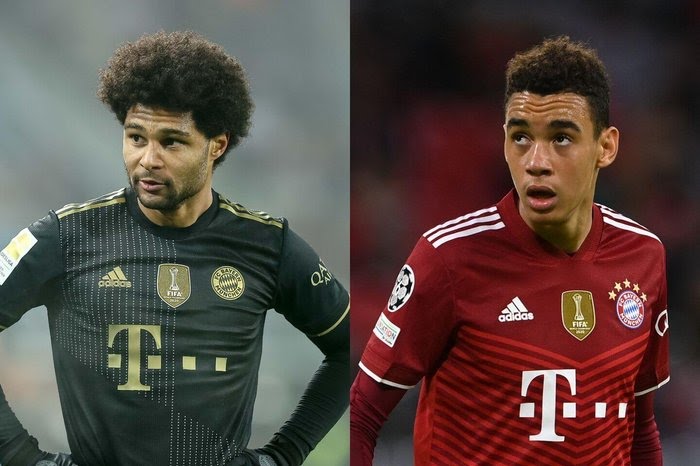 Bundesliga giant Bayern Munich have reportedly docked the wages of five unvaccinated players who were forced to quarantine due to coming into contact with someone who has Covid-19.

According to German news outlet Bild, Joshua Kimmich, Jamal Musiala, Eric Choupo Moting, Serge Gnabry, Michael Cuisance have all been told by the German club that they will not be paid for every game or training they miss when self isolating after they all refused to get vaccinated.

The players were told last week that they would be withholding their wages if anyone missed work due to been unvaccinated.

The news came less than a week after the five were told that they have been banned from staying in the same hotel with their teammates ahead of their match, which means they must travel to games separately due to tightening restrictions in the country.

While the news about the new development in the Bavarian camp is everywhere now, it is reported by Kicker that the five players are irritated about their wages been docked has been leaked publicly.

Ahead of Bayern Munich tie on Tuesday in Champions League at Kiev, it is believed that the report has led to low morale in the team and the Bavarian former CEO Karl-Heiz Rummenigge supported the decision taken by the club.

Rummenigge said, “Everyone has tried to sort out the non vaccination issue and find a solution. That didn’t work out, maybe it will work now.”

Akpoguma Named In Bundesliga Team Of The Week