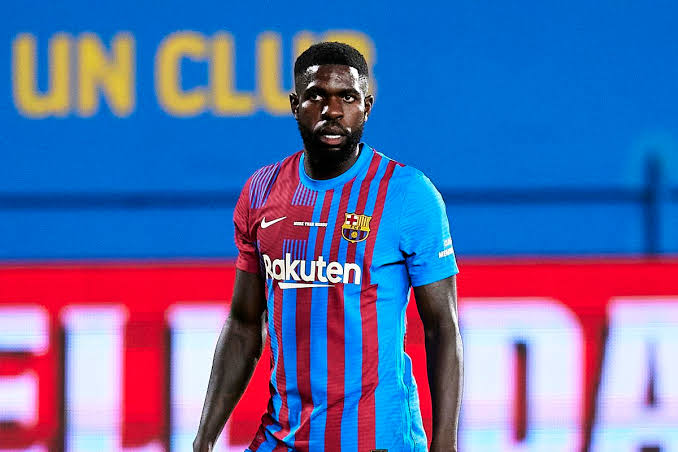 Barcelona could decide to terminate Samuel Umtiti’s contract after failing to agree a reduction on his £208,000 per year salary.

The Catalan giant have been looking to ship out the struggling centre back after struggles for form and fitness in recent months, but could not finalized a deal for the Frenchman in the summer.

With Barcelona still in financial difficulties and keen offload their high earning players who are out of sort, the club have now reached the point where they could simply terminate Umtiti’s contract after negotiations to cut his salary failed to heed positive result.

According to report, club chiefs are studying their options because they suffer the consequences of a high salary and zero performance on the pitch and the fact that he’s failed to play a minute of action this season.

The former Lyon defender was frozen out of the team by previous manager Koeman, and new boss Xavi does not seem to rate the Frenchman either and that could lead to his exit at the club.

With Barcelona taking drastic measures in clearing their huge wage bill, the club is believed to step up their efforts to sell Umtiti in January or terminate his contract.

Barcelona Will Succeed Under Xavi – Messi

My Team Will Improve – Xavi Hernandez