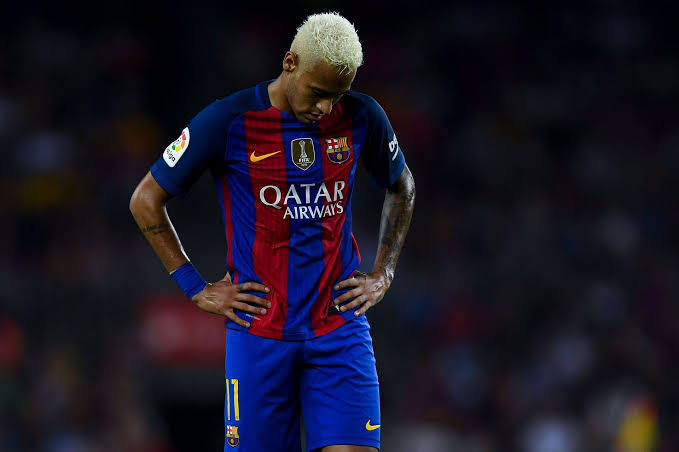 Neymar will be tried in Spain to determine whether he and others committed fraud when he joined the Catalan club from Santos back in 2013.

In a trial starting Monday in Barcelona, Neymar, his father, and the former leaderships of both Barcelona and Brazilian club Santos face charges of fraud and unfair competition. They are accused of hiding the real cost of his transfer with the goal of not paying money that DIS, a private Brazilian company, says it is owed as the rightful owners of 40% of Neymar’s player rights.

DIS is asking for Neymar, his father, also called Neymar and who acts as his agent, and former Barcelona executives Sandro Rosell and Josep Bartomeu to be jailed for five years.

All the accused have denied any wrongdoing.

The trial is expected to last until the end of October, with the World Cup opening on November 21 in Qatar.

Neymar will be obliged to attend unless the judge grants him permission to miss a session.

The lawyers for the plaintiffs argue that DIS only received its due percentage from the 17 million euros ($16.5 million) that Barcelona and Santos initially announced as the transfer fee between the clubs, while the real cost was some 82 million euros ($79.7 million).

An investigative judge in Spain has already said that the real cost was at least 83.3 million euros ($81 million).

“Neymar the player, with the complicity of his parents, and of Barcelona and its executives at the time, and of Santos at a later date, defrauded the legitimate economic interests of DIS, cheating not only the company but violating the confidence that had been placed in him,” Paulo M. Nasser, lawyer for DIS, said.

DIS and Spanish state prosecutors accuse Rosell of making an extra payment of 40 million euros ($38.8 million) directly to Neymar and his family, of which DIS received nothing, to secure his move to Camp Nou. Nasser compared that payment to a “bribe” that distorted the free market and hurt the chances of other clubs to sign Neymar.

Real Madrid was also pushing hard to sign Neymar while he was at Santos, and Madrid president Florentino Pérez is expected to testify via video conference at the trial.

DIS, which owns a chain of supermarkets in the São Paulo region, also accuses Santos of hiding an additional 12 million euros ($11.6 million) that it received from Barcelona for Neymar. DIS alleges that extra money was hidden in two allegedly fake contracts, one for a friendly between Barcelona and Santos and another granting Barcelona first dibs on the transfer of other Santos players.

DIS said that it acquired rights to receive 40% of a future Neymar transfer back in 2009 when it paid Neymar’s family 5 million Brazilian reals, then the equivalent of 2 million euros ($1.94 million).

Nasser said that deal was signed by Neymar’s family and the owners of DIS, the brothers Delcir and Idi Sonda, “the day before Neymar debuted with Santos’ first team.”

Nasser is also representing a Brazilian players association, whose solidarity fund to help current and former players was funded by collecting 0.8% of transfers.

Nasser said that DIS was seeking justice in Spain instead of Brazil since, in their view, the majority of the alleged irregularities occurred in the European country.

State prosecutors are seeking a two-year prison sentence and a fine of 10 million euros ($9.7 million) for Neymar. In Spain, sentences of less than two years for first offences can be suspended, as occurred in the tax fraud case against Lionel Messi, Neymar’s former Barcelona teammate, and his father.

The former president of Santos, Odilio Rodrigues, is facing a three-year prison sentence.

Prosecutors are not going after Bartomeu, who was then a Barcelona vice-president before succeeding Rosell when he stepped down as scrutiny of the Neymar deal increased.

DIS lawyers are seeking five-year jail terms for the 30-year-old Neymar and his father.

For Rosell as well as Bartomeu, DIS wants five years of prison time.

Neymar made his highly anticipated move to Spain at age 21 amid massive fanfare.

While he thrilled fans with outrageous goals and helped win the club’s last Champions League title, Neymar became a chronic headache for the club, including the soap opera of an exit to Paris Saint-Germain in 2017 that Bartomeu did everything he could to stop.

Neymar’s move from Santos also got Barcelona in trouble with Spain’s tax office. In 2016, Barcelona paid a fine of 5.5 million euros to settle a separate case brought by authorities.

In that settlement, the club acknowledged it had made “an error in the fiscal planning of the player’s transfer.”

“I know nothing about Barcelona transfer talks” – Neymar tells court