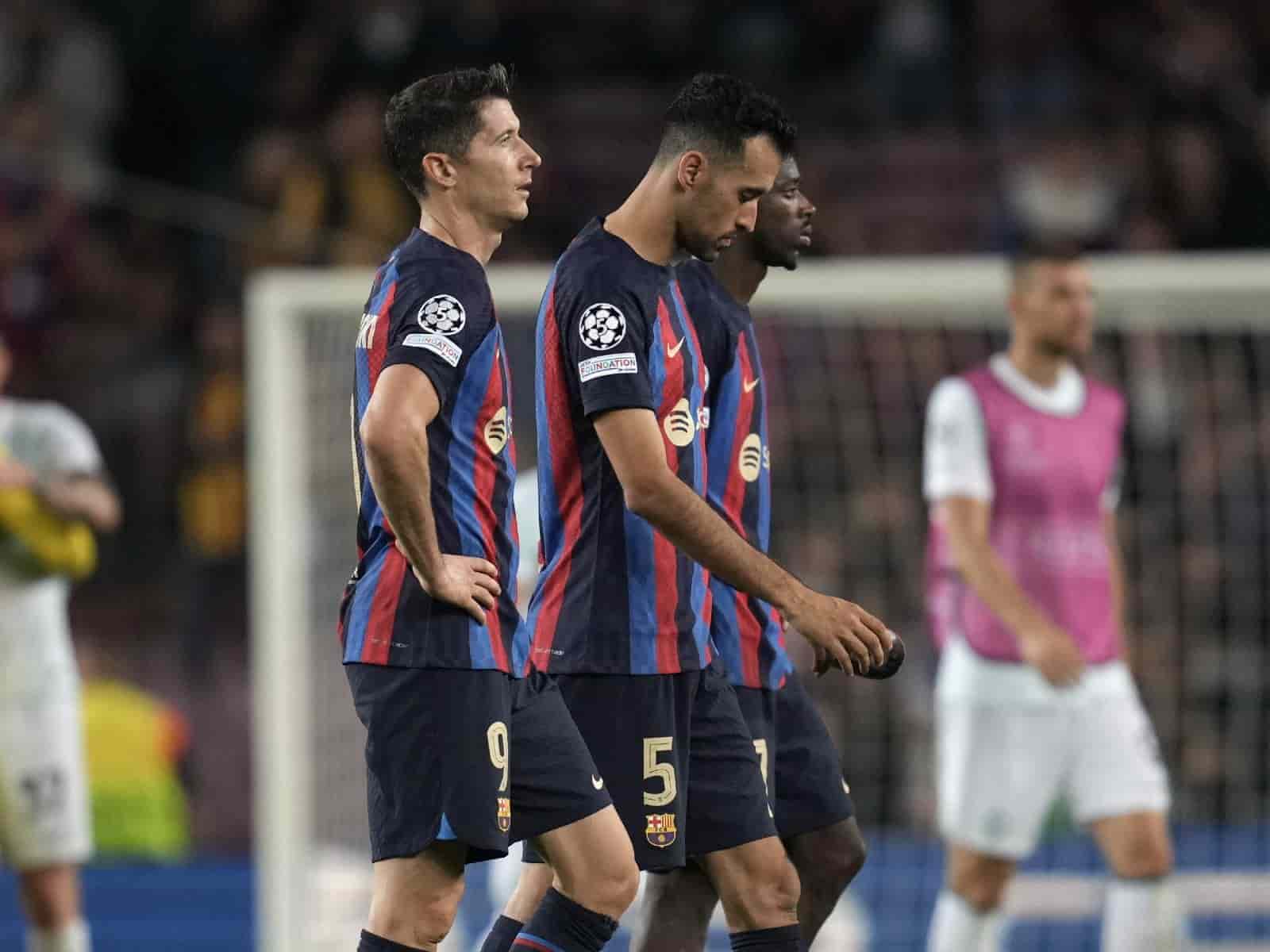 Bayern Munich, Napoli and Club Brugge — for the first time since the inaugural group stage in 1991-92 — have all booked places in the last 16.

Xavi Hernandez’s Barca needed a victory at the Camp Nou to keep their fate in their own hands and Ousmane Dembele’s goal after a cleverly-worked short corner gave the hosts a half-time lead.

But Inter turned the match on its head early in the second half, as Gerard Pique left a cross into the box and Nicolo Barella stole in unmarked to equalise.

Lautaro Martinez took advantage of more weak defending to put the Italians in front just after the hour mark, drilling in a low strike which went in off both posts.

Lewandowski equalised with eight minutes remaining as his deflected effort wrong-footed goalkeeper Andre Onana, but Inter substitute Robin Gosens looked to have knocked out the five-time champions with his 89th-minute effort.

Polish star Lewandowski’s towering header in injury time gave Barca four minutes to find a winner, but it was Gosens who almost won it for Inter only to be denied by Marc-Andre ter Stegen.

LaLiga leaders Barca now trail second-placed Inter by three points in Group C, but with a stronger head-to-head record, Simone Inzaghi’s side will qualify with Bayern if they beat pointless Viktoria Plzen at home in two weeks.

“We had an enormous opportunity and we didn’t take it,” said Barcelona defender Eric Garcia. “We made errors that at this level, you cannot make.”

Bayern reached the knockout phase for a 15th consecutive season with a 4-2 victory at Plzen.

The German champions romped into a 4-0 half-time advantage through goals from Sadio Mane and Thomas Mueller and Leon Goretzka’s brace.

Adam Vlkanova and Jan Kliment gave the home fans two goals to cheer, but the Czechs bowed out of the competition.