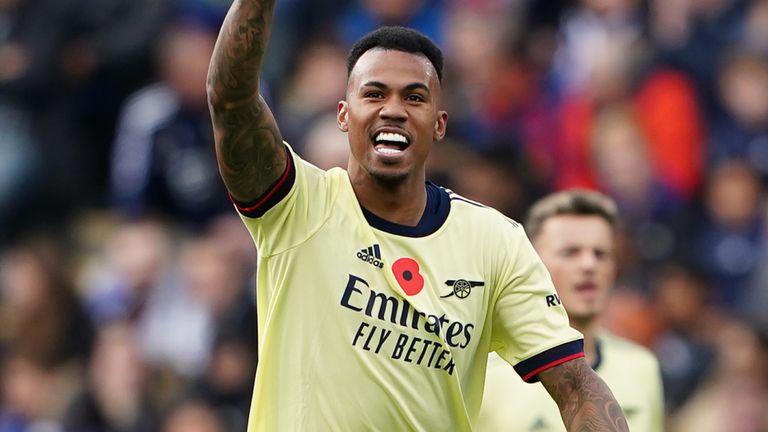 Arsenal and Brazil defender Gabriel fought off two intruders who attempted to steal his car from his garage in August.

The Metropolitan Police have released footage of the incident in which the Brazilian, who was with a friend fought off a man armed with a baseball bat.

The intruder named Abderaham Muse, was last month jailed for five years over one count of robbery and one of possession of an offensive weapon.

The crime footage showed Muse and an accomplice confronting the Arsenal defender in the garage of his home, before the centre back handed over his watch and car keys.

The intruder’s hat came off the during the confrontation, providing the Police with the DNA that enabled them to link him to the robbery on the said date and month.

While the footage of the robbery was just released by the Metropolitan Police, the former Lille defender has left the shocking incident behind him by churning out impressive performances since then for the Gunners helping the club rise to fifth on the table.

Arsenal will be in action away to Manchester United on Thursday, as they set to continue their fight for Champions League football next season.

Patrick Vieira Blast Palace’s Players For Been Profligate At Leeds