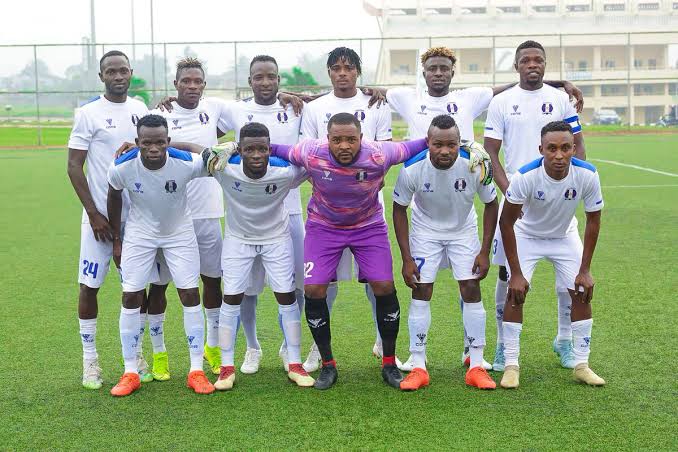 Despite suffering a one nil loss to Remo Stars FC last Sunday, the acting General Manager of Shooting Stars Sports Club (3SC) of Ibadan, Dimeji Lawal (MON), on Monday, dolled out cash gift to players, technical crew and the backroom staff, in appreciation of their dogged fight in the encounter.

The 3SC boss, had promised to reward the team for their impressive display against Remo Stars in the NPFL matchday eleven game, played at the Remo Stars Stadium, Ikenne.

While fulfilling his promise, the 3SC helmsman, who also doubles as the Team Manager of the club, said the move was to appreciate the players, their coaches and other staff for putting up a good fight against the host and also motivate and encourage them for subsequent matches.

“Although we lost that encounter, I was pleased not only with the performance of the team, but the fact that they made every supporter and fan of the club happy in defeat.

“Everybody saw how the team fared in that particular game. Even those who thought we would be humilaited were shocked. It was unfortunate that we could not get the desired and deserved result in that match, but give it to the boys, they did their best”, said Kabongo, as the ex international is fondly called.

He however charged the technical crew and the players not to relent as they continue to improve every day, urging them to go all out for a convincing win when they confront Dakkada FC this Sunday, in a matchday twelve game at the Lekan Salami Stadium.

NPFL 2022: Remo Stars wins second Southwest Derby, climbs back to the summit of the log