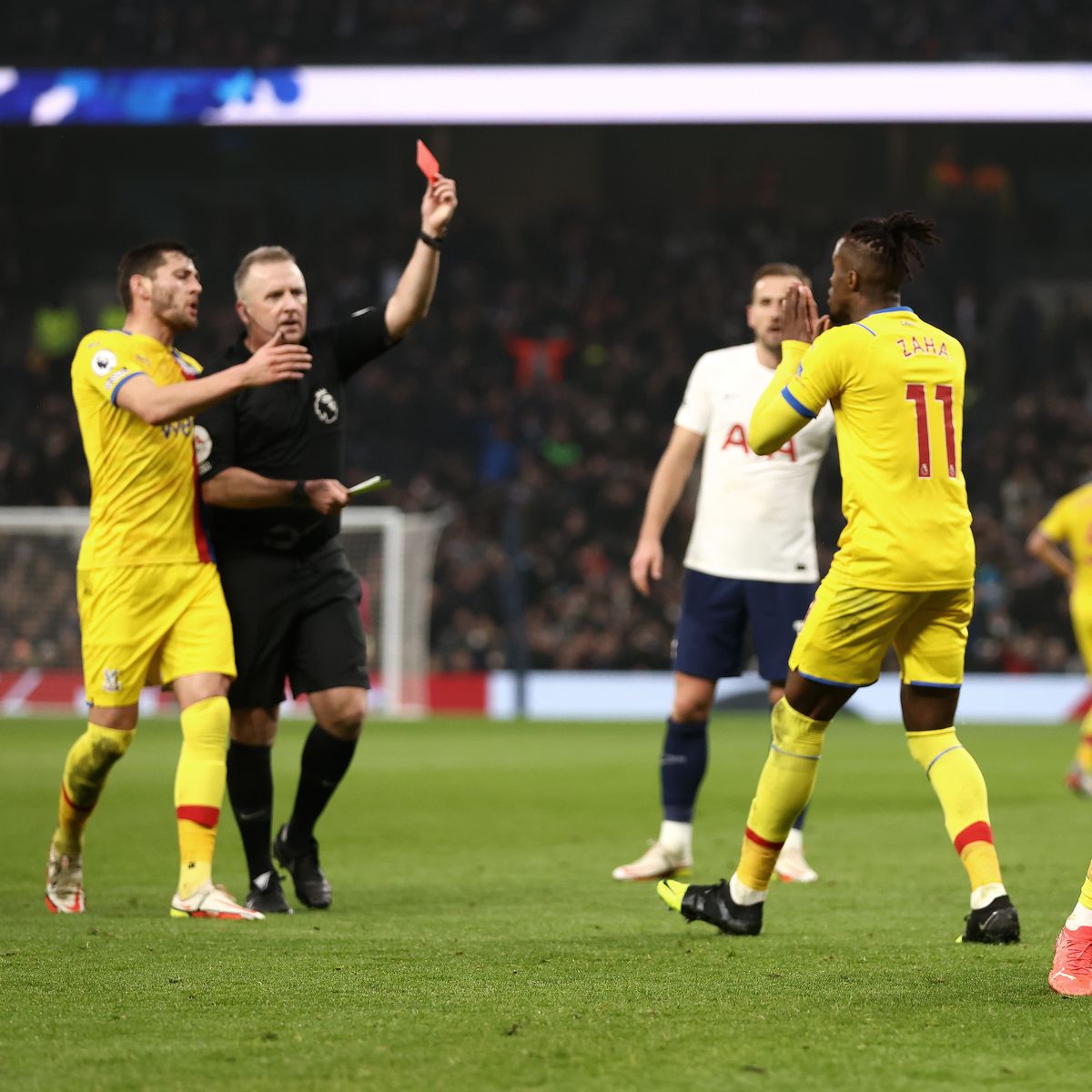 Crystal Palace forward Wilfred Zaha has been criticized by many after been sent off for two petulant booking during Palace’s clash with Tottenham Hotspurs on Sunday.

The Ivorian made matters worse for his team after been handed his marching order in the first half, with the forward twice forward twice embroiled in incidents with Davinson Sanchez.

The first altercation between the centre back came when he was approaching the defender from behind, and appeared to made contact late.

Referee Jon Moss brandished the first yellow card, which was seen as a harsh decision, meaning the winger was then walking a tightrope and 11 minutes later he was shown a red card for throwing Sanchez to the ground.

After halftime BT Sports pundits Crouch and Ferdinand took aim at the Ivorian moment of madness, although they also opined that the 29 year old has typically player better when on the edge.

“It is reckless. You can say he’s gone down a bit easy there, but it’s just stupid. He shouldn’t get involved with the first or the second one.” Crouch said.

“But today, I think Sanchez has exaggerated both situations and unfortunately for Palace, Wilf’s got a red card off the back of it.”

Patrick Vieira’s led team lost the game when Son Heung-Min compounded their misery in the second half to give Tottenham Hotspurs three maximum point on the night.