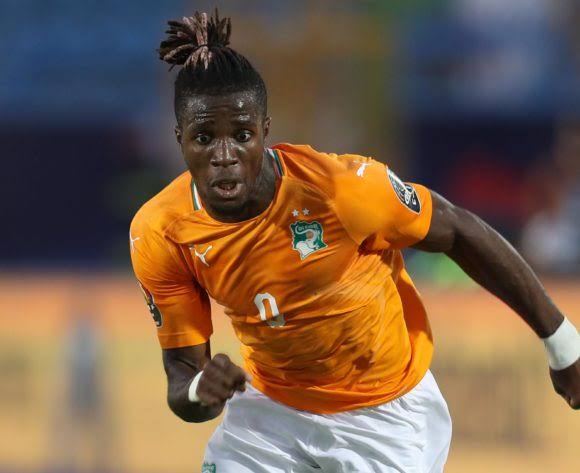 Crystal Palace winger Wilfred Zaha has been included in Ivory Coast squad for the African Cup of Nations, just a month after the manager Beaumelle hinted that the winger wanted to reflect on his international career.

Zaha was not called up by Ivory Coast for November’s World Cup qualifiers, with Beaumelle saying the former Manchester United star asked not to come.

However, he denied his manager’s claim insisting last month that he never said that he’s reconsidering his international future, and that playing for Ivory Coast is an honour that I never ever take for granted.

Zaha explain his absence from the team at the last World Cup qualifiers saying, it was due to a viral infection and that he had asked Beaumelle for permission to miss the games.

His return to the national team is a big boost for the Ivorian, as they bid to win the AFCON for the third time following their 1992 and 2015 success.

The Ivorian will kickstart their group E games along with Sierra Leone, Equatorial Guinea and Algeria the defending champions.

Zaha is joined in the squad by a number of other England based players, including Manchester United’s Eric Bailly, Burnley’s Maxwell Cornet, Wolves’ Willy Boly, Arsenal’s Nicolas Pepe and Fulham’s Jean Michael Seri.

BREAKING: Salah to leave Liverpool in 2022