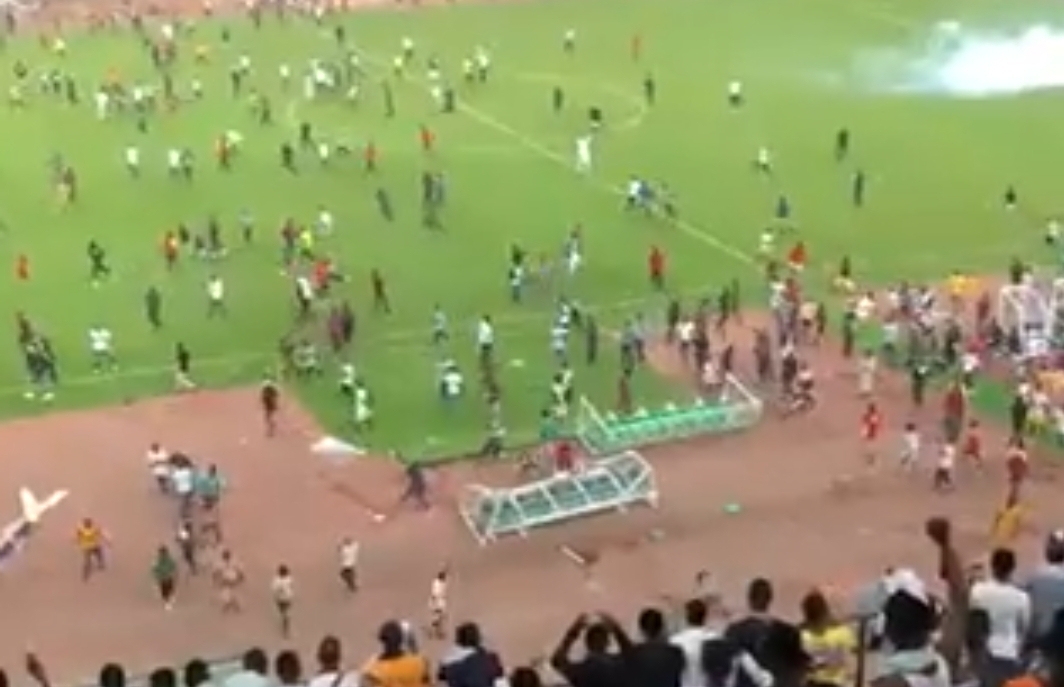 Nigeria recorded a 1-1 draw against Ghana on Tuesday evening, March 29 at the Moshood Abiola Stadium in Abuja.

The Super Eagles had played out a 0-0 draw in the first leg in Kumasi.

However, despite the 1-1 scoreline in the second leg of the Jollof derby in Abuja on Tuesday, Nigeria lost out on a World Cup spot due to FIFA’s ‘away goal’ rule, making it the second time Nigeria misses a World Cup since her debut in 1994.

The first time was the 2006 edition in Germany.

Following the ultimate reality at full-time that the Super Eagles would not qualify for the Qatar showpiece later this year, hundreds of Super Eagles supporters at the 60,000 capacity National Stadium in Abuja took to the pitch to wreak havoc on the stadium and its facilities with some reports claiming that the team had been chased out of the Moshood Abiola Stadium.

See the viral video that surfaced on the popular social media platform Twitter, minutes after the final whistle below: