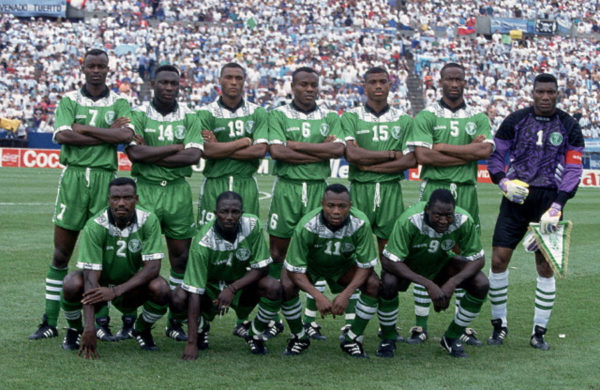 The 1994 Africa Cup of Nations Super Eagles Team that won the title in Tunisia 28 years ago have been allocated houses by the federal government of Nigeria.

The minister of Works and Housing, Mr Babatunde Fashola in a ceremony, handed over the Certificate of Occupancy (C of O) of three bedrooms federal government houses to each team member on Friday in Abuja.

Recall that on March 7, the federal government said it was going to fulfil its promise to the team when it delivered 76 housing units to the Nasarawa state government.

The promise was actually made by the then military government of Gen. Sani Abacha, when the Super Eagles Squad won the African Cup of Nations in Tunis, Tunisia, in 1994.

Fashola said it was an opportunity to remember the country’s heroes, the valiant Super Eagles to whom the country made a promise of providing houses for winning the 1994 African Cup of Nations, which had remained unfulfilled.

Responding, Peter Rufai, the GoalKeeper of the team, said he felt demoralised and pained for the number of years that they had to wait and hope that they would be given their houses.