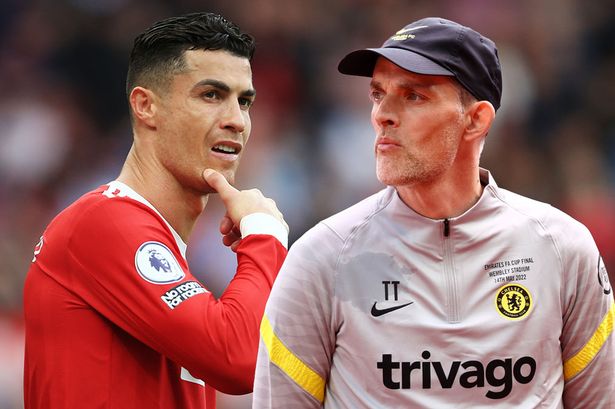 Thomas Tuchel has opened up on a possible summer move for wantaway Manchester United forward Cristiano Ronaldo to as he looks to bolster his Chelsea attack.

The 37-year-old striker is actively seeking to leave Old Trafford this summer after the club failed to qualify for the upcoming season’s Champions League.

Jorge Mendes and new Chelsea owner Todd Boehly discussed Ronaldo as part of a meeting in June, and United’s Premier League rivals are understood to be considering an audacious move for his services.

Tuchel has now broken his silence on potentially one of the most sensational transfers in Premier League history.

During a fan interaction at Chelsea’s pre-season camp in Los Angeles, the German head coach was asked: “Thomas, can you sign Cristiano Ronaldo?” With a grin on his face, he remained coy, responding: “I’m not telling you…”

There currently seems to be little risk of Chelsea missing out on Ronaldo to competitors this summer.

According to French reports on Tuesday, Mendes offered the Portuguese icon to Paris Saint-Germain but was turned down because the Ligue 1 champions don’t consider him as the ‘right signing’.

Bayern have also turned down Ronaldo – although that stance could change if Robert Lewandowski completes his desired departure in the coming weeks.

Barcelona to unveil Raphinha on Thursday in €67M transfer