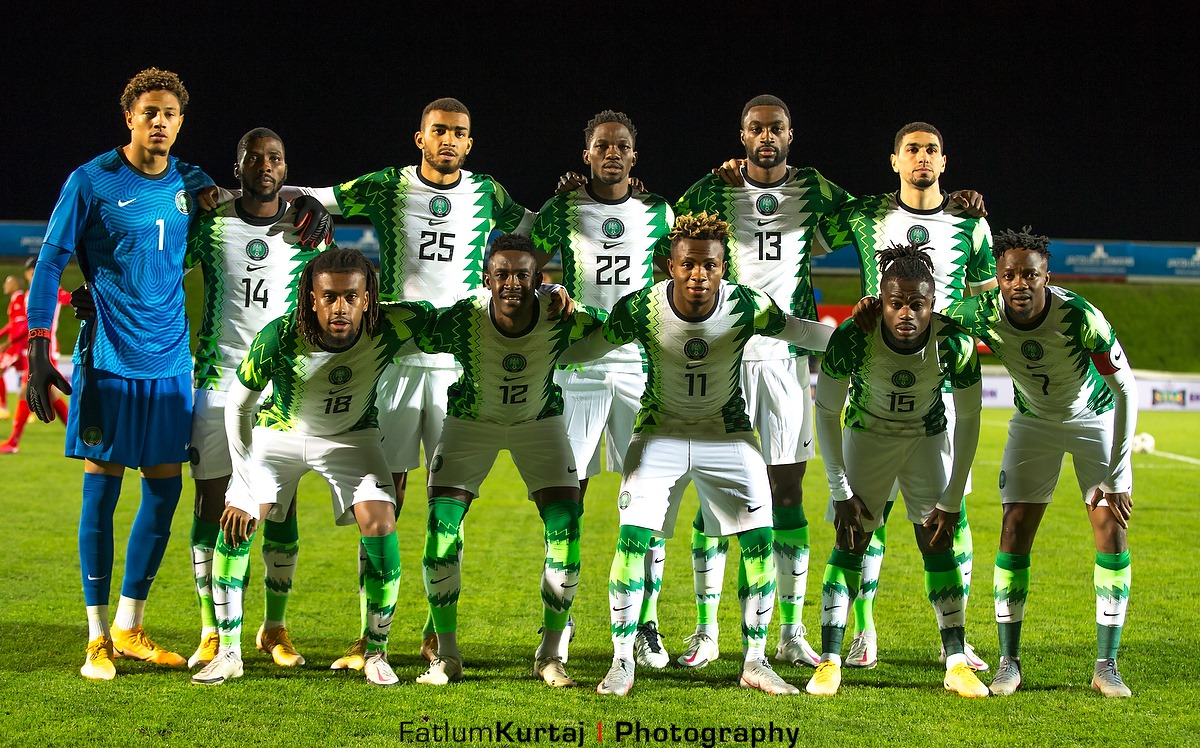 The Nigerian manager Gernot Rohr would be hoping to see out this game with the maximum points owing to the stake in this World Cup qualifying fixture.

The Liberian side would fancy their chances after all following the defeat Nigeria suffered against fellow group rivals the Central African Republic in Lagos.

Though the Nigerian team won the reverse fixture 0-2 against CAR.

With players performing in training ahead of the important clash at the weekend, Isagoal.com reveals the players Rohr has spoken highly of ahead of this fixture.

The Nigerian gaffer seems to be a fan of Austin Okocha’s nephew Alex Iwobi despite the shortcoming that has trailed the career of Alex Iwobi right from his days at Arsenal.

Rohr has stuck tooth and neck with Iwobi thus sacrificing attacking players like Joel Aribo and Oghenekaro in the forward position just to make space for Alex Iwobi.

And he’s (Iwobi) the one keeping out the ever dependent Kelechi Nwakali from his breakthrough into the Nigerian midfield.

And against the Liberians, Rohr is expecting the Everton lad to shine given him a place in the starting eleven at all cost.

The Leicester City man would be amazing personnel for this fixture even as Nigerians would be a delight to see him line up on the pitch for the Super Eagles.

He was missing from the doubleheader against the Central African Republic last month (October).

And many people believed that Nigeria would have not lost the first leg against CAR if he was around.

Such shows how key he is to the Nigerian team as some has tipped him as the future captain of the Super Eagles.

The Villarreal man is back from the injury that kept him away from the Super Eagles first four qualifying games for the World Cup.

Even as he already missed the new season venture against Chelsea in the UEFA Super Cup.

However, his return is a welcome development to Rohr and Nigeria even as he replaces the worrisome Samuel Kalu in the team.

His presence would insure that Rohr has no excuse in this one as the stage are set for the Liberia/Nigeria showdown in Morocco.

We will gladly release Awoniyi for AFCON – Fischer