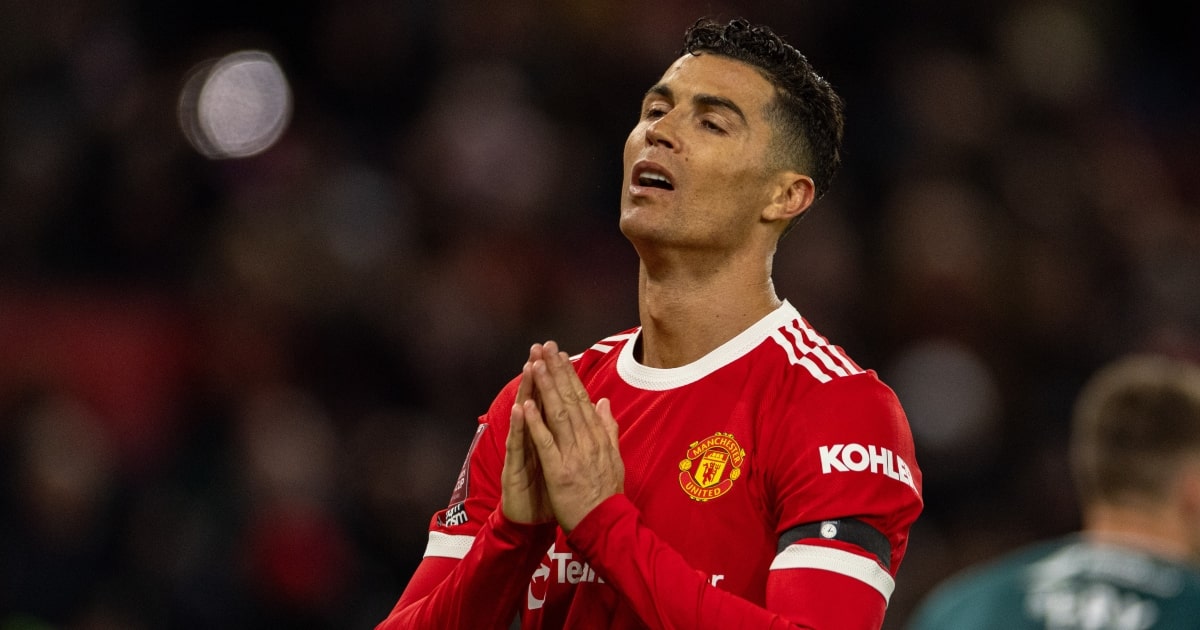 Cristiano Ronaldo’s contract with Manchester United could be terminated following his explosive interview with Piers Morgan but only if he doesn’t demand a pay-off.

The 37-year-old hit out at the Premier League club, accusing United’s hierarchy of trying to force him out.

Ronaldo also lashed out at manager Erik ten Hag, insisting he would “never respect” him.

United released a statement on Monday, explaining that they will “consider their response after the full facts have been established”

The full 90-minute interview will air later this week on Wednesday and Thursday.

Ronaldo is expected to be fined two weeks’ wages, which is around £1million.

And according to The Telegraph, United are prepared to rip up his contract in the January transfer window.

In the summer, the Red Devils would have allowed Ronaldo to leave if a club had stumped up a fee of around £19.5million.

But now United’s hierarchy are ready to forgo a transfer fee and will rip up the final six months of his deal if he agrees to write off his earnings over that period.

Ronaldo is unlikely to want to sacrifice his £560,000-a-week contract, especially as he might not get such a lucrative salary anywhere else.

But it is understood United will only terminate his contract if he agrees to sacrifice the final six months of his deal, which is worth around £13million.