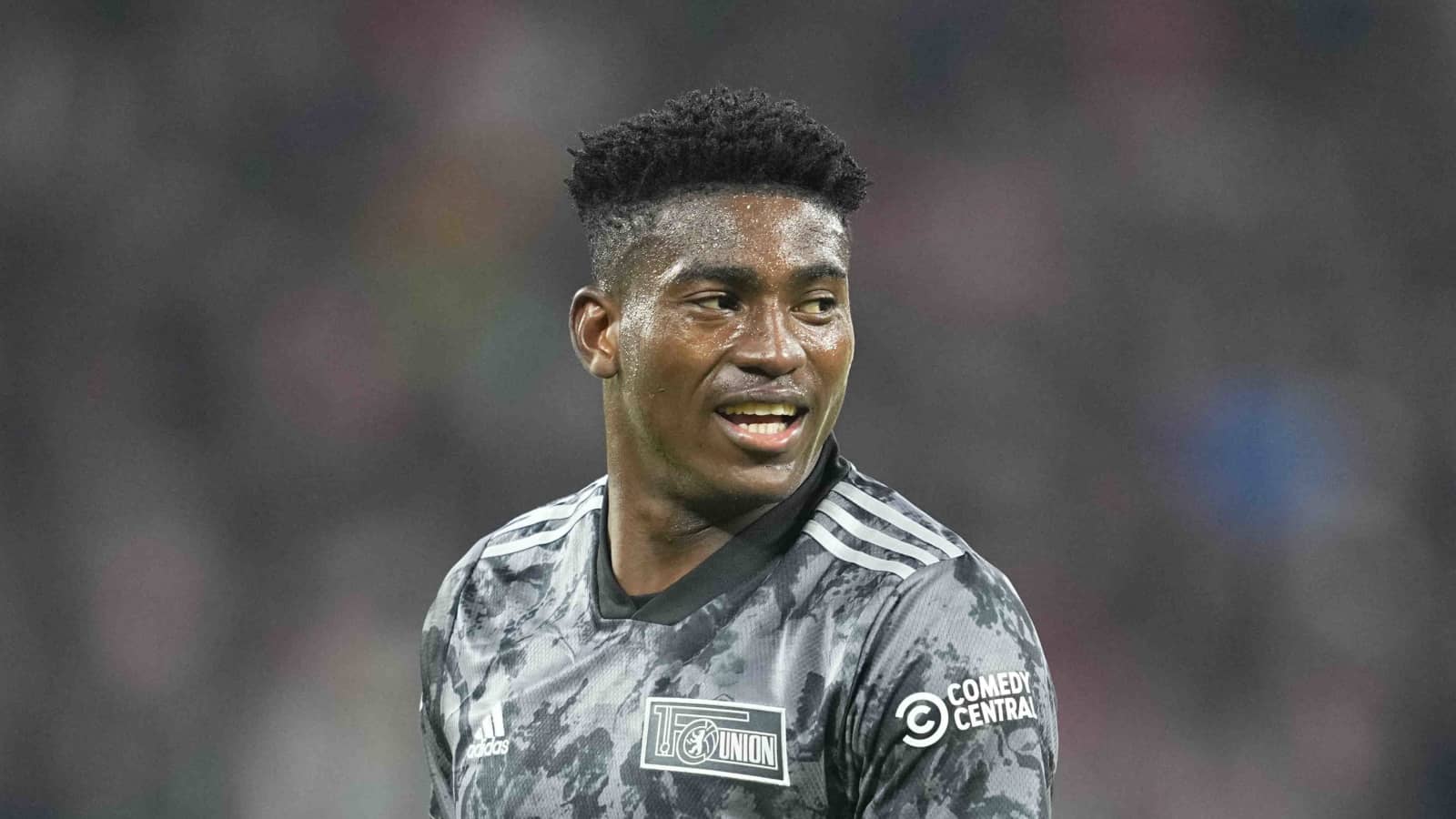 According to a report from Bild, the Hammers will have to pay €20m if they want to sign the 24-year-old centre-forward in the summer.

West Ham manager David Moyes will be desperate to add some more firepower to his centre-forward ranks at the London Stadium before the start of next season.

Michail Antonio is currently the only recognised striker at the club and that quite clearly isn’t acceptable to the Hammers.

Moyes, it was learnt, cannot allow another transfer window to pass without strengthening his options up front.

And it appears as though the wheels are already in motion for the Hammers to strengthen in the centre-forward department.

Bild reckon that Awoniyi will cost the Hammers €20m this summer. That is apparently the release clause inserted into his contract at Union Berlin.

According to www.hammers.news, “We think that the ex-Liverpool hitman would be a sensational addition for West Ham. He is a real powerhouse and would be the perfect long-term replacement for Michail Antonio.

“His fine form has helped fire Union Berlin up to sixth spot in the Bundesliga and they still have an outside chance of finishing inside the Champions League places.

“The Nigerian is a total menace for opposing defenders. The 24-year-old is absolutely rapid and is built like a proverbial outhouse.

“Awoniyi is a willing and tireless runner. His physical attributes help him occupy more than one defender at a time and that in turn creates space for his teammates.

“We would be absolutely delighted if David Moyes ends up bringing Awoniyi to the London Stadium in the summer.”

Meanwhile, Newcastle United and Southampton have also been linked with the Nigeria international.