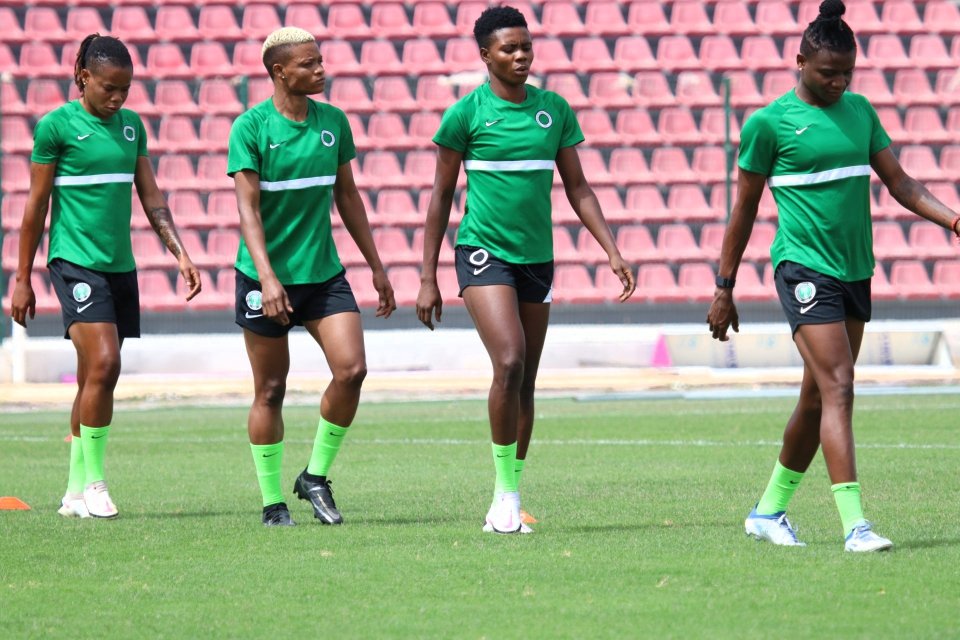 Nigeria’s Super Falcons refused to turn up for training on Thursday ahead of their third-place match against Zambia at the ongoing 2022 WAFCON.

The Nigerian senior women’s national team are said to be protesting the failure of the Nigeria Football Federation (NFF) to pay their match bonuses.

Nigeria booked a place at next year’s World Cup and have performed well so far despite their semifinal elimination.

While the NFF has said the Ministry is responsible for making funds available for the Super Falcons, the Ministry of Youth and Sports has also stated it’s waiting on the approval of the funds by the Nigerian government.

The Ministry according to Soccernet.ng has sent a word while the NFF officials have also spoken with the girls but they have refused to train until they are paid their bonuses and allowances.

They have also been approached this evening on the payment of bonuses but have stood their ground and insisted on getting paid before taking to the training pitch.

The Super Falcons are expected to face Zambia in the third-place match of the WAFCON and have already arrived in Casablanca.