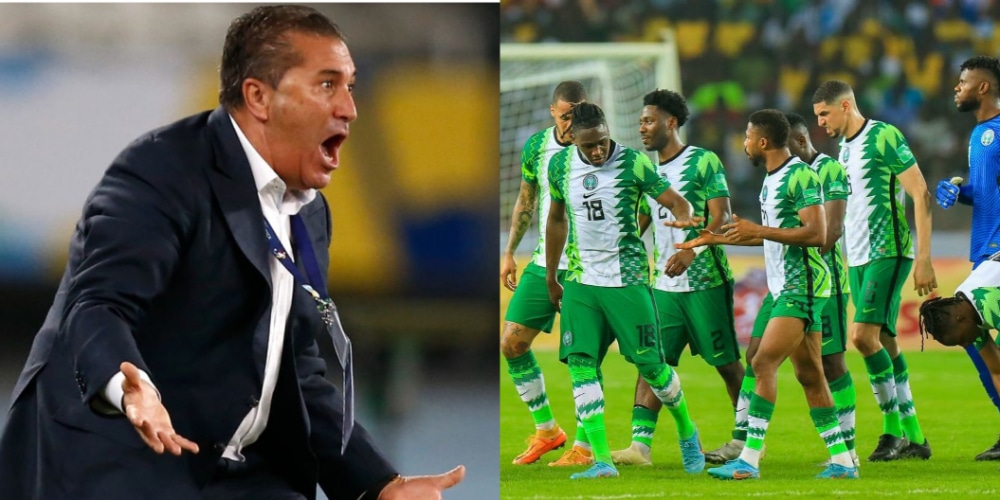 Jose Peseiro has stressed that he hopes to win the next edition of the Africa Cup of Nations billed to hold in Ivory Coast in 2023 for the Super Eagles of Nigeria.

Speaking ahead of Nigeria’s international friendly against Algeria, The Portuguese tactician said the friendly game will put his team in shape to win the next AFCON tournament.

“I want to win, and also prepare the team to win the next AFCON tournament,” the coach said when asked about his expectation.

The 62-year-old also gave an update on the injury to Leicester midfielder, Wilfred Ndidi, after the player was ruled out of Nigeria’s international friendly against Algeria.

“I think I have a better relationship with our older players and Ndidi, when he came, the fitness coach from Leicester City sent for our fitness coach because we have that connection with them saying that he (Ndid) complained in the last match,” the coach added.

“He (Ndidi) did training, small training because of the condition of the hamstring. I was around yesterday and I said I think it’s better we don’t use them because I don’t want to use an injured player in a friendly match because he can get more injured.”

According to a tweet from the Nigerian Football Federation, the 25-year-old midfielder picked up an injury in training with the Eagles on Wednesday and has since returned back to his base in England for proper medications.

The former Genk midfielder has been plagued with a series of injuries in the last year and is yet to feature for the Eagles under the Portuguese coach.

Ndidi last played for Nigeria seven months ago when he featured in the country’s 1-0 defeat to Tunisia at the delayed 2022 Africa Cup of Nations in Cameroon. He also missed the three-time African champions World Cup qualifying playoff against Ghana and the 2023 AFCON qualifiers against São Tomé and Príncipe and Sierra Leone due to injury.