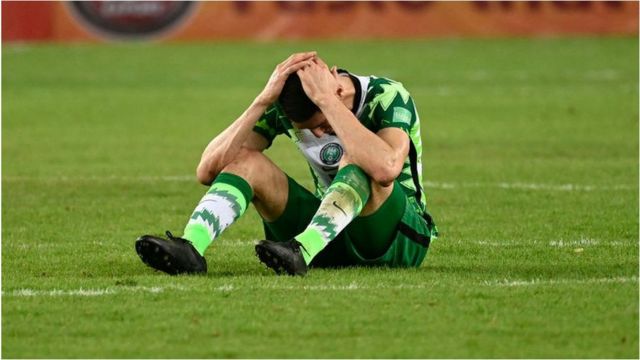 After Nigeria was eliminated on the away goals rule following a 1-1 draw with Ghana in Abuja in the second leg of their play-off on Tuesday, former Super Eagles coach, Gernot Rohr, has urged the sports ministry to probe the Nigerian Football Federation for the three times African champions’ inability to qualify for the Qatar 2022 World Cup.

The 68-year-old Franco-German was disengaged by the NFF last December and was replaced by Austin Eguavoen.

“It was a big disappointment that the team (Eagles) could not qualify,” Rohr told PUNCH Sports Extra

“Nigeria had the better players, but it was not enough to qualify because they did not work collectively as a team. Those who are responsible for the team must be asked to speak about this disappointment and why I was sacked as well because I would have done better.

“My compassion is with the players, the staff and all the fans who are so passionate. Qatar 2022 was our target since the last World Cup in Russia. For most of them, the World Cup in Qatar was their last chance to play.

“At least reach the quarter-final of the World Cup and give Nigerian football a good image as we had in the last five years.”

Meanwhile, the NFF General Secretary Mohammed Sanusi revealed that the federation could only be held accountable if it can be established that they failed in their responsibility to provide the enabling environment and logistics for the team to thrive.

“There was nothing the team needed that was lacking. The Government provided necessary support; the NFF put all logistics in place. The truth is that we left nothing to chance. It is very sad that things turned out the way they did.

“Sport is about winning and losing. Nobody wants to lose but sometimes it happens that way. We are quite sad that despite playing a draw in Kumasi, the Eagles could not win here in Abuja.