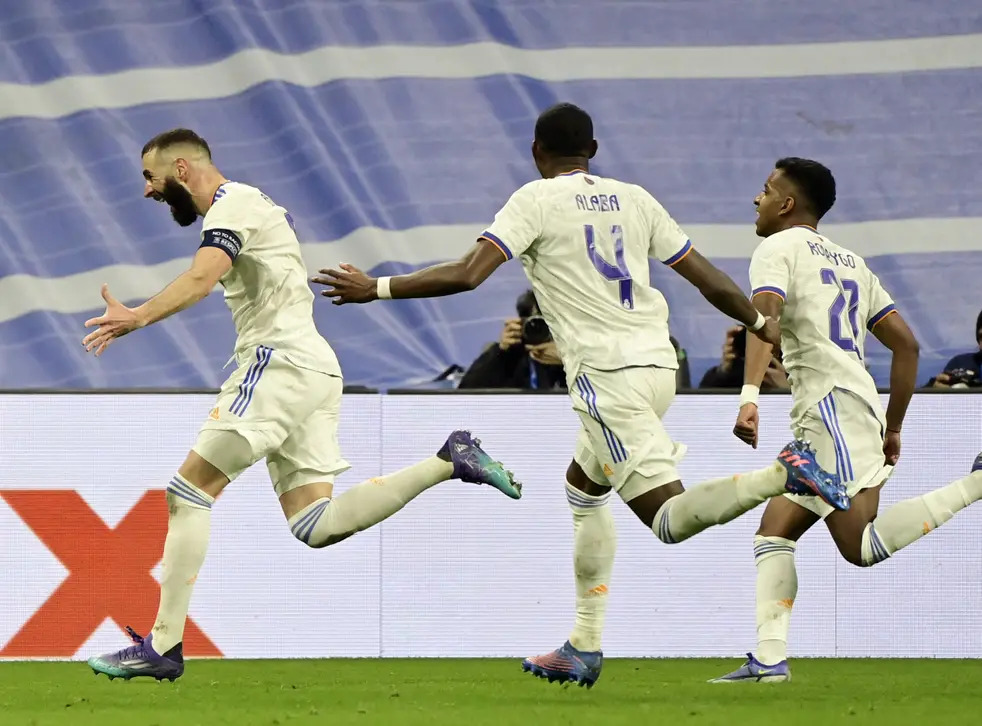 Karim Benzema was on target thrice in the second half and in just 16 minutes to inspire Real Madrid to a 3-1 win over Paris Saint-Germain to see his side through to the UEFA Champions League quarterfinals 3-2 on aggregate.

PSG striker Kylian Mbappe’s first-half goal put PSG 1-0 up on the night and 2-0 ahead on aggregate.

However, on the hour mark, Benzema took advantage of an error from PSG keeper Gianluigi Donnarumma, who made a complete mess of a ball at his feet to gift Madrid a way back into the tie, said Xinhua.

15 minutes later, Benzema levelled the aggregate score after neat work from Vinicius Jr and Luka Modric, slamming home from the right-hand side of the area.

VAR checked to see the second goal was onside, and just 12 seconds after the restart Benzema completed his hat-trick after PSG gifted Madrid the ball from the kick-off, allowing Vinicius again to feed Benzema to net the decisive goal.