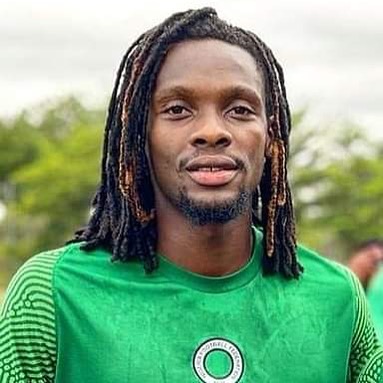 A former Orlando Pirates centre-back and captain says it would be wise for the club to cash in on hot property Olisa Ndah while he is still in demand.

According to reports, the Nigerian international has attracted interest from abroad.
However, with the 24-year-old only joining the Buccaneers at the beginning of the current season, it looks unlikely he will be let go at a cheap price.

Ndah has already featured 13 times for the club in his first time playing football in a foreign country, but club legend Willem Jackson believes this is the right time to do business for the defender.

“I just suspect there might be an interest because he’s a good player hey,” Jackson tells Kickoff.com.

“He’s still young and he’s hot property at the moment, So why not let him go and make money, and get somebody else in there.

“I know they are fighting for the league, honours, and all that, but don’t stay in his way, I think the team can make money out of him.

“It’s gonna be difficult to replace him at this time of the season, he’s an international player and all that, but ja what can you do you know, you need to let go.

“It’s also an opportunity for the rest of the guys to prove that they can also play in that position you know. They’ve got quality players, they’ve got Ntsikelelo Nyauza there, they’ve got the captain (Thulani Hlatshwayo),” he said.