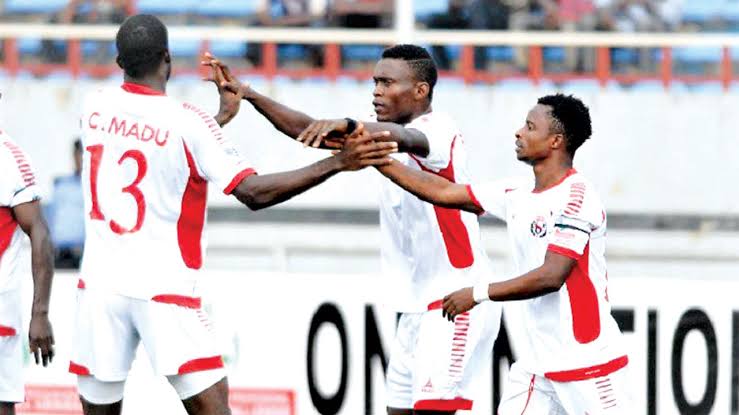 Enugu Rangers have moved atop of the 2021-2022 NPFL season log following their 1-nil win against Nasarawa United on Thursday.

A sixty-second Christian Nnaji strike was enough to seal the narrow victory for the Abdul Maikaba led side in their matchday thirteen fixture.

The win has moved the Enugu based clubside above Remo Stars who lost at home to Akwa United on Wednesday on goal difference.

in other games decided earlier today, Heartland pipped their visitors, Lobi Stars at home by a lone goal.

Abia Warriors and Rivers United played out a one-all draw, while Gombe United kept it late to inflict a defeat on their hosts, Dakkada, to secure an important away win.