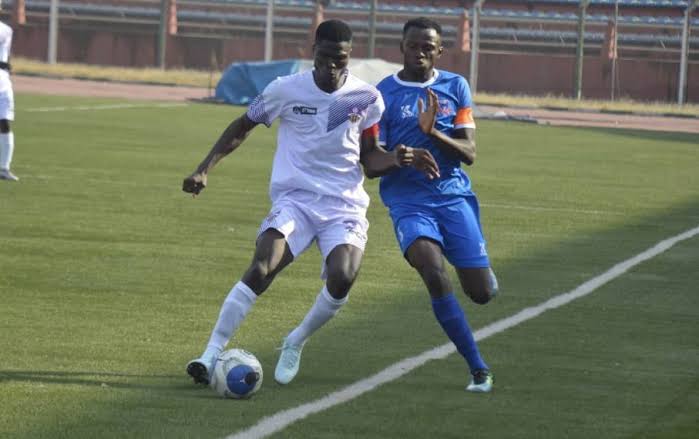 Sunshine Stars slipped to a narrow defeat in Sunday’s derby with MFM at the Teslim Balogun Stadium, Lagos.

Alade Balogun’s strike nine minutes from time made the difference for the Olukoya boys in the rather tepid encounter.

The Akure Gunners dominated possession from the get-go, but needed a goal mouth clearance from Kehinde Adeyemi to stop the hosts from taking the lead inside 10 minutes while Mustapha Lawal stood firm in the 21′ to have them denied again.

The Owena Whales had the game under control with possession superiority, however the boys could only test the goalkeeper from set pieces; first Chigozie Chilekwu from an acute angle, then Babatunde Bello at the stroke of half time.

Midway through the second period, Kamoru Adebari was feared to have twisted his knee while attempting to score at close range, but the combined efforts of the medics later allayed fear of a grave damage to the player’s patella.

Balogun scored the decisive goal in the 81′, pouncing on an over-the-top ball in the area with our defense waiting for an offside call.

Despite a late rally, Sunshine Stars could not find a leveller as MFM ran away with all points while the Owena Whales regroup for the visit of Heartland on match day 16.

Sunkanmi Odusina The Hero as Gateway Utd Edge Past Vandrezzer