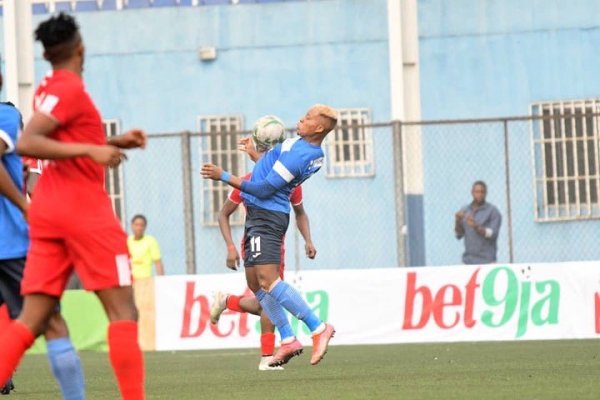 Tosin Omoyele has parted ways with eight times champions of the NPFL, Enyimba over unpaid salaries.

Omoyele who bagged the winner for the Aba Elephants in the game against rivals Akwa United has ended his close to two years stay with the club after joining from Plateau United.

His termination was confirmed in two separate letters dated January 7th, 2022 and February 1st 2022 which his lawyer, T.C. Ujah, LL.D. had written management of Enyimba on the matter.

The letters reads in part: “Not only has Enyimba Football Club refused to respond to or acknowledge the said correspondence, but the club has also continuously and brazenly refused to fulfil its financial obligations to our Client, in a manner that is abusive, unfair, and unlawful.” 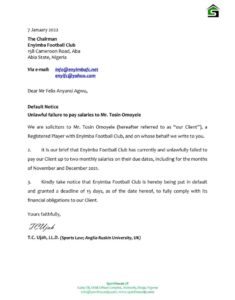 “Under the extant laws and regulations, particularly the Regulations on the Status and Transfer of Players, the current circumstances of the treatment meted out to our Client together with the refusal and failure to pay his monthly salaries and financial entitlements (now over two months) constitute just cause for the termination of the playing contract, for which Enyimba Football Club is liable.”

“TAKE FURTHER NOTICE that his termination is without prejudice to all overdue payables, financial entitlements, and legal reliefs to which our Client is entitled.” 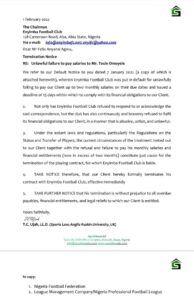 This means that Omoyele is now a free agent and can negotiate with clubs within and outside Nigeria.