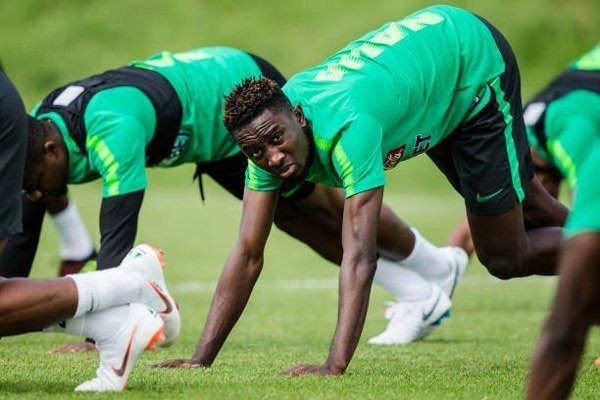 The 25-year-old sustained a knee injury while in action for Leicester City in Thursday’s Europa Conference League game against Rennes at Roazhon Park.

The midfielder, who started the second leg, hit the turf in the 60th minute after hurting his knee in a clash with Rennes’ Gaetan Laborde.

Ndidi was replaced by James Maddison in the 61st minute after a failed attempt to run the injury off – providing a fresh fitness worry for coach Austin Eguavoen ahead of the game scheduled for the Baba Yara Stadium, Kumasi on March 25.

The former Genk man is expected to undergo some scans later today (Friday) to ascertain the extent of the injury.

After the game, Leicester City coach Brendan Rodgers said the Nigerian midfielder hurt his medial knee ligament in the encounter.

According to ucsfhealth.org, the recovery time for a medial knee ligament injury, depending on the severity of the damage, takes a minimum of six weeks for it to heal.

This, however, raises fresh doubt over his availability for Nigeria’s game.