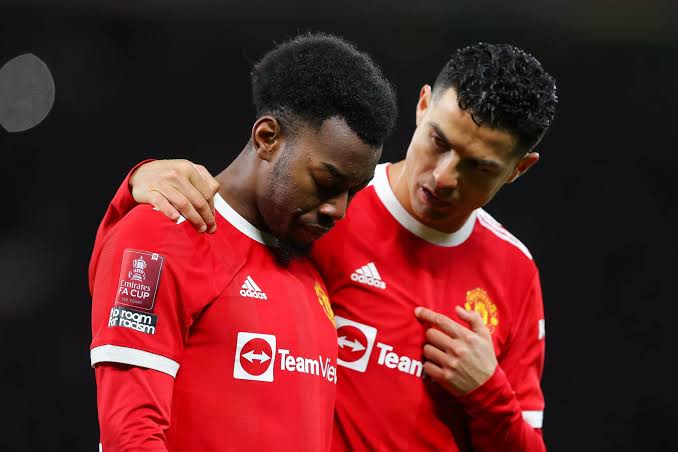 Manchester United were condemned to a 7-8 penalty shootout loss in the hands of Boro having played a 1-1 draw in the second half and the extra thirty minutes.

Elanga, who came on in the second half of the nervy encounter, missed the decisive spot-kick as the Championship knocked United out of the FA Cup in the fourth round – a feat they also achieved in 2014.

At the aftermath of the game, fans of the Red Devils on social media, namely Instagram, went on rampage to racially abuse the Sweden youth international.

Manchester United’s Marcus Rashford who was also subjected to racial abuse after missing a penalty for England at the EURO Championship last year against Italy sent a message to support Elanga.

“Anthony Elanga. Get that head of your up immediately.” Rashford tweeted.

Meanwhile, Meta, the company in charge of Facebook, Instagram and WhatsApp have said it will investigate a number of comments on the 19-year old’s page which has been taken down.