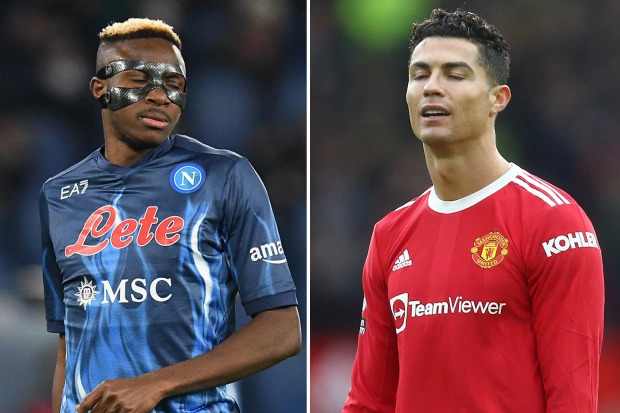 Super Eagles striker Victor Osimhen is being lined up to replace Cristiano Ronaldo at Manchester United.

Osimhen has impressed for Napoli this season having scored 11 goals in 22 appearances despite missing two months of action due to a cheekbone injury.

Since returning to the side in January, the Nigerian scored two goals in six appearances and is reportedly on Ralf Rangnick’s radar.

Rai Sport journalist Ciro Venerato confirmed that the 22-year-old is United’s primary target to replace Ronaldo in the summer but Napoli wants at least £84m for the youngster.

Ronaldo returned to Old Trafford last summer and despite hitting the ground running, his form has dried up and he has scored just once in his last 10 games.

The Portuguese superstar is under contract until 2023 but is on £480k-a-week, making him the best-paid Premier League player.

He is also 37 making him 15 years older than Osimhen so it is easy to see why Rangnick is interested in the Nigerian.