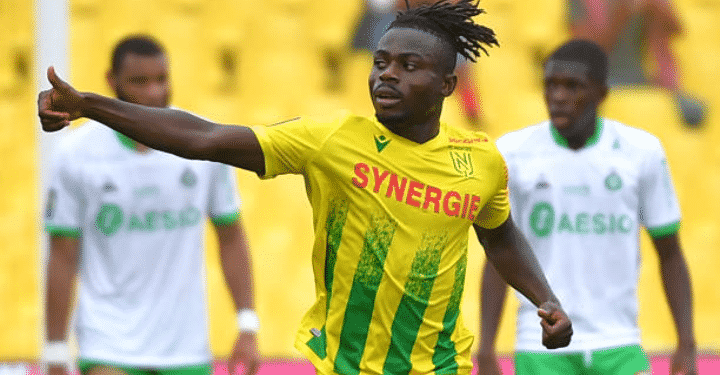 Simon was one of Nigeria’s key performers at the 2021 Africa Cup of Nations in Cameroon.

The winger scored once and recorded one assist in four outings for the Super Eagles who exited the competition in the second round.

French football expert Ignazio Genuardi reports that Leeds United, who are battling relegation in the Premier League
this season have approached Nantes for the player.

The 26-year-old has scored two goals and provided six assists in 18 leage appearances for the Canaries this season.

Simon linked up with Nantes on a permanent deal in the 2020/21 season after spending the previous campaign on loan at the club.