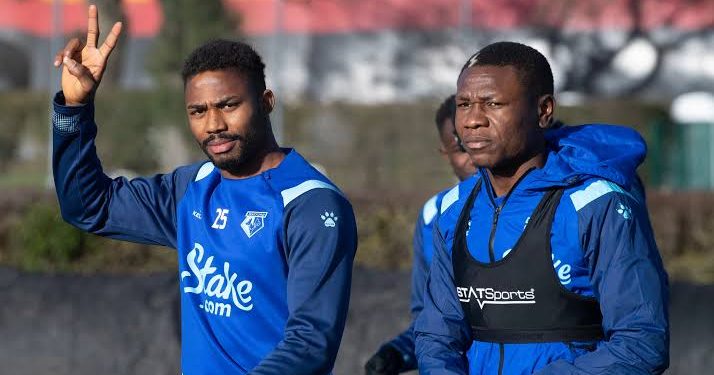 Super Eagles and Watford winger, Samuel Kalu, could be out of the Hornets’ trip to Manchester United on Saturday (today).

The club manager, Roy Hodgson has confirmed that the Super Eagles winger is still suffering from a slight ankle injury and needs further assessment before he could feature for the club.

“Yeah, nothing particularly new. Luckily, you know, most of the players have come through. Of course, there’s always one or two that you’re assessing, because they were two tough games at [Aston] Villa and then against [Crystal] Palace,” Watford manager Roy Hodgson said ahead the game.

”So there’s still a few that are suffering from fatigue. So I must say I should probably leave the team selection until the last minute just to see how well people recover.

“But really, in terms of injury, we’ve still got [Nicolas] Nkoulou basically who is injured. [Samuel] Kalu, who is suffering from a slight ankle injury. I don’t think there is too many more apart from that.

”Kalu, who is yet to make his debut for Watford since he joined from Girondis Bordeaux last month, may have to wait for another week before making his first appearance for the London club.