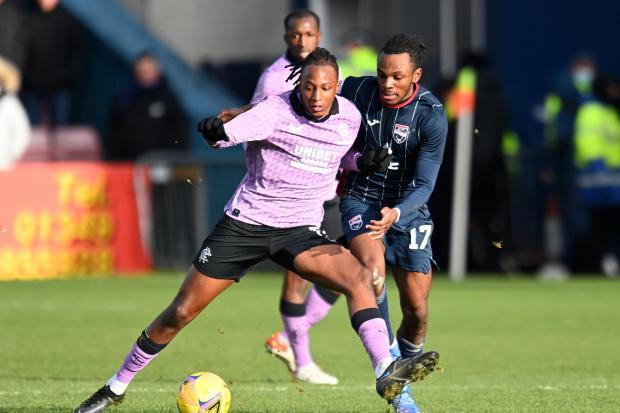 Joe Aribo has lamented a lack of ruthlessness in the final third came back to haunt Rangers after seeing two crucial Premiership points slip away at Tannadice.

The midfielder netted for the seventh time this term as he gave Rangers hope late on as Giovanni van Bronckhorst’s side attempted to snatch victory over Dundee United.

But a first half header from Ross Graham was ultimately enough to earn United a hard-fought share of the spoils and follow up their home win over the champions earlier in the season.

Rangers will return to Europa League action on Thursday night and attempt to convert their 4-2 lead over Borussia Dortmund into a place in the last 16 of the Europa League.

But Aribo lamented a series of missed chances on Sunday after Rangers’ profligacy in the final third cost them more momentum in the title race.

Aribo told RangersTV: “Very frustrated. Disappointed because we’ve gone and had a lot of chances and played very well but the result has just not shown that. It is very upsetting.

“We had to take more shots, we needed to get the ball in and around the area and make it harder for their defenders.

“Definitely [it could be an important point]. We are going to keep pushing for every single game that we play.

“We want to win every single game. Today is one that is disappointing but to take away a point instead of getting zero is better than nothing to be fair.

“We need to dust ourselves off and recover and look towards Thursday night because it is going to be a massive game and we need to be ready to go.

“We were pretty unlucky. There were a lot of good moments in the game today but we need to be a bit more ruthless in front of goal and take our chances that came along.”