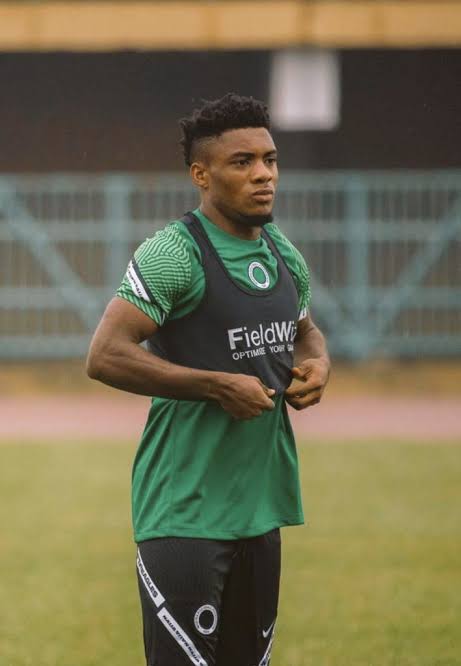 Super Eagles winger, Anayo Iwuala, has revealed his disappointment about missing out on the AFCON, isagoal.com reports.

The former Enyimba winger made this known while speaking to Punch’s sports extra.

Iwuala who has made five appearances for the Super Eagles, said he was pained not to be part of the team that travelled to Cameroon for the AFCON finals.

“It was so painful I couldn’t help my teammates at the AFCON because I really would have loved to be there, the player said.

“Every player wants to play competitive games for their national team and not being invited was a bit disappointing, but I have to move on and work harder and be prepared to take my chances when they come.”

The 22-year old however added that he’s hopeful of a call up to the national team for the World Cup playoffs billed to take place in March.

“I’m hopeful of making a return to the Eagles and playing at the World Cup because that’s the dream of every footballer to play for the national team at the highest level. It will be a great honour for me to represent my country at the World Cup.”

AFCON 2021: CAF fines Egypt ahead of semifinal showdown with Cameroon