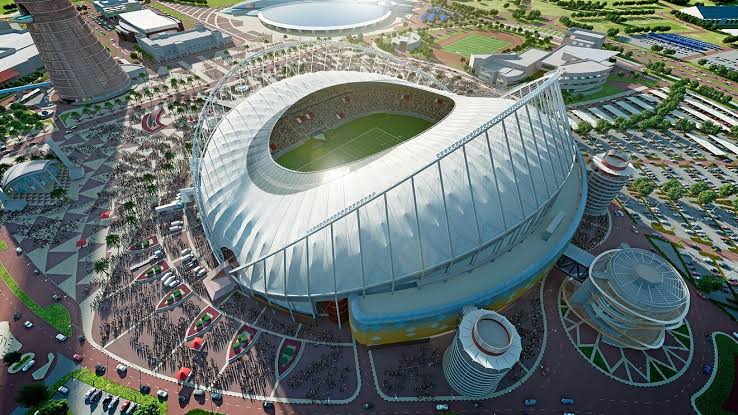 An eye-watering £200billion has been spent by Qatar on hosting the 2022 World Cup which is nearly 20 times what Russia splashed out on the 2018 edition.

The controversial tournament is set to kick off on November 20 amid a backdrop of infrastructure issues – despite the host’s lavish spending.

Stars are set to battle it out for the World Cup trophy this winterCredit: AP:Associated Press
Qatar’s £200bn (£185bn)spend dwarfs the £11.6bn (£10.7bn)that Russia put into hosting the most recent World Cup.

England fans have complained of a lack of accommodation and not without justification.

As of March this year there were only 30,000 hotel rooms in Qatar… even though more than one million fans are expected to visit during the tournament.

Even more frustratingly for supporters, 80 per cent of these rooms have been booked by Fifa to house teams, sponsors and their own bigwigs.

Qatar have built seven brand new, state of the art arenas for the tournament, while also modernising the older Khalifa International Stadium.

Fans flocking to these new stadia, however, might not even spend a full 24 hours in Qatar.

Supporters will be able to ride one of 50 daily shuttle planes from Dubai to Doha – with UAE officials believing that they can attract around one million visitors during their neighbours’ tournament.

Of Qatar’s enormous $200bn figure – only $6.5bn (£6bn) is claimed to have been spent on stadia, team bases and facilities for fans.

Attempting to explain where the rest of the money has gone, Communications Executive Director for the tournament Fatma Al Nuaimi explained: “Meanwhile, the World Cup is a part of the Qatar National Vision 2030, a broader government strategy promoting the intensive development of urban and national facilities and industry, in addition to education and healthcare systems.

“The $200bn figure, often associated with the World Cup, is actually part of this ambitious strategy for Qatar’s national development and modernisation.

“Most of these large-scale infrastructure projects, which will be used by teams and fans in 2022, such as new roads, a subway, an airport, hotels and other tourist facilities were planned even before we obtained the right to host the World Cup.

“These projects would have been implemented anyway, however, the football championship has certainly accelerated all these developments so that the country can host the 1.5m fans that we expect in 2022.”

She then bullishly added: “We are sure that everyone who visits Qatar in 2022 will be delighted.

“Our new facilities and services will provide an excellent experience for teams and fans as well as a fundamental legacy for Qatar after 2022.”

The final is set to take place in Lusail, a former village around 15 miles north of Doha.

A huge expense for Qatar has been building Lusail up into a city consisting of 19 districts, but is very much still a work in progress.

Another big chunk of Qatar’s budget, in line with their 2030 project, has gone on building airports and a huge underground transport network.

Hamad International Airport opened for business in 2014 and is reported to have cost a further $16bn (14.8bn) to develop.