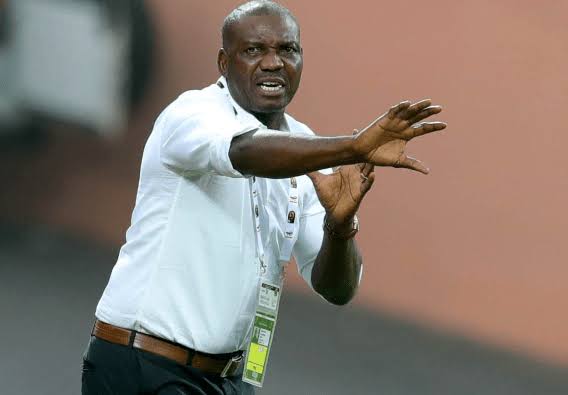 Eguavoen, who up untill his appointment as the interim Eagles boss, had been NFF’s technical director before he was asked to replace the sacked Gernot Rohr until a substantial manager is found.

“I was part of the group that interviewed a couple of coaches and as technical director I was involved, which is a full credit to the NFF,” he said.

“It’s still up to the federation to decide. But if a contract has been signed we have to respect it.

“The only thing I can guarantee is that if Jose Peseiro comes in, we are going to have a very good working relationship. I know the terrain, he doesn’t.

“We have to provide him with the platform for him to be comfortable, relax and do the job. I will support him from the bottom of my heart 100%, because it’s not about me, it’s about the country.”

Under Eguavoen, the three-time African champions have had an impressive start to the ongoing 2021 AFCON in Cameroon winning all their three group stage matches.

Meanwhile, NFF president, Amaju Pinnick, has hinted that the 56-year old Eguavoen could retain the post should he lead the country to a fourth title, but the former Gent defender is not looking too far ahead.

“My mandate is to work with these amazing players and colleagues in Cameroon,” Eguavoen told BBC Sport Africa.

“We have given the players the freedom to enjoy themselves and the fans a reason to believe in the team again.

“But we can’t pay attention to those calling us the tournament favourites now. I have no control over what happens at the end of this competition.

“Anything outside my mandate is not up to me and I just want to focus on the next opponent and take it from there.”

Give Credit To Rohr For Super Eagles AFCON Performance- Eguavoen