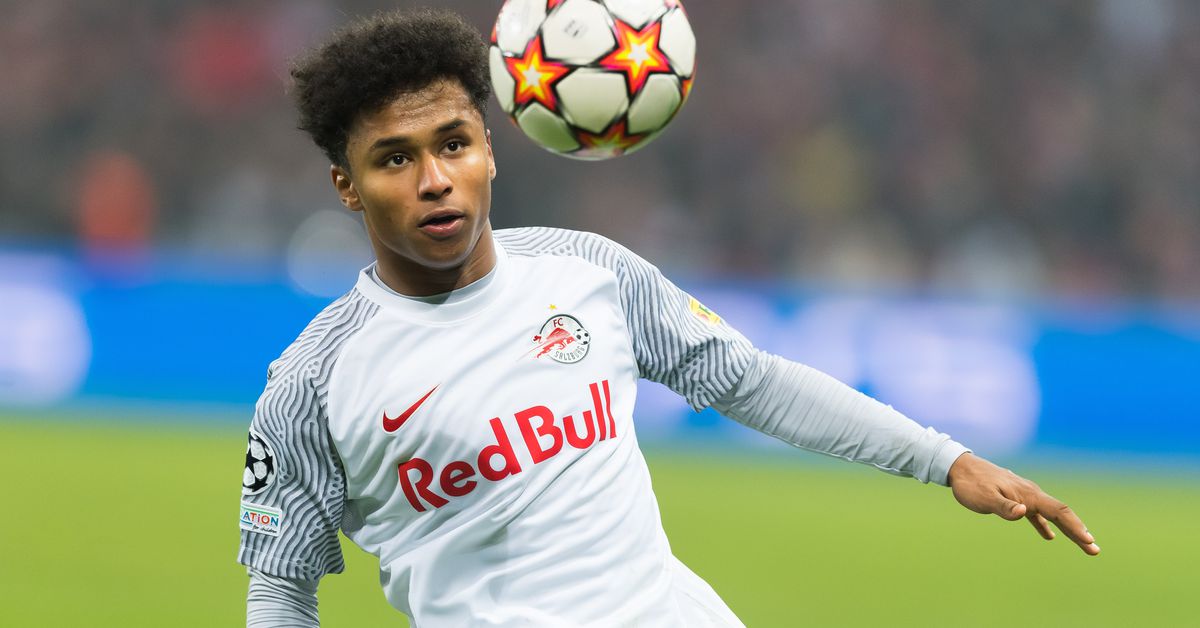 Borussia Dortmund are entering into negotiations with RB Salzburg over Karim Adeyemi.

Sky Sports claims that BVB bosses Michael Zorc and Sebastian Kehl are heading to Salzburg and were spotted at Dortmund airport.

The duo are set to negotiate with the Austrian club regarding Adeyemi, who is one of the most promising strikers in Europe.

Liverpool and Barcelona have both been linked with the 20-year-old.

The latter is likely to join a Spanish club in the summer, with Real Madrid seen by many as the favourites for his signature.

Onuachu Not Ready To Force Transfer From Genk