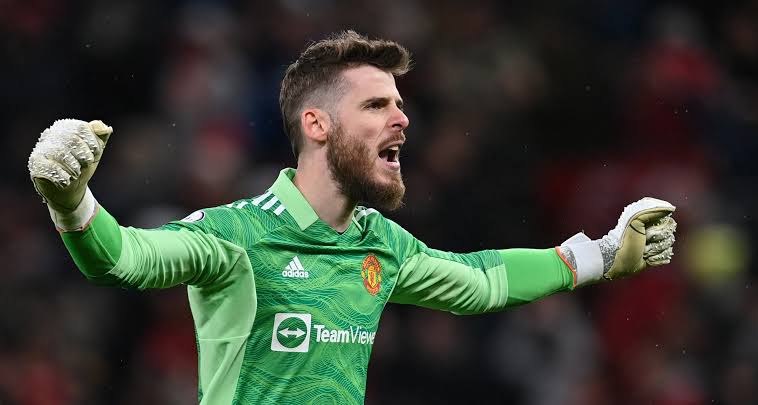 David de Gea has ruled out an exit from Manchester United. The Spanish goalkeeper returns to the city of his birth and where he grew up on Wednesday (today) as the Red Devils clash with Atletico Madrid in the first leg of the UEFA Champions League tie.

The 31-year old shotstopper who signed for United from Atletico in 2011, currently has a contract which is due to expire in 2023, but the club hold an option to extend it by a further twelve months.

Wednesday’s UCL last sixteen clash would be the first time he’ll be facing his boyhood club since swapping the Spanish capital for Old Trafford and De gea has expressed his love for the Red Devils and Manchester as a whole, and this suggests that he would he open to extending his deal beyond next year.

“I like the fact I was born in Madrid, but at the end of the day, it’s just a city,” said De Gea, whose contract includes a one-year extension clause.

“I’ve been here for many years and, obviously, anything can happen in life, in the world of football, but honestly I don’t see myself away from Manchester United.”

The Spain international further downplayed the impression that he could face a mixed reception from the Rojiblancos fans given that he almost joined Real Madrid in 2015, but added that the match is one any of the two sides could win.

“But this is just another match. Everyone wants to play well, we want to win, it is a Champions League match.”

“Obviously, I wish Atletico all the best, but I don’t know whether the fact we’re playing them is a good or bad omen, Everyone is going there to win especially me.”