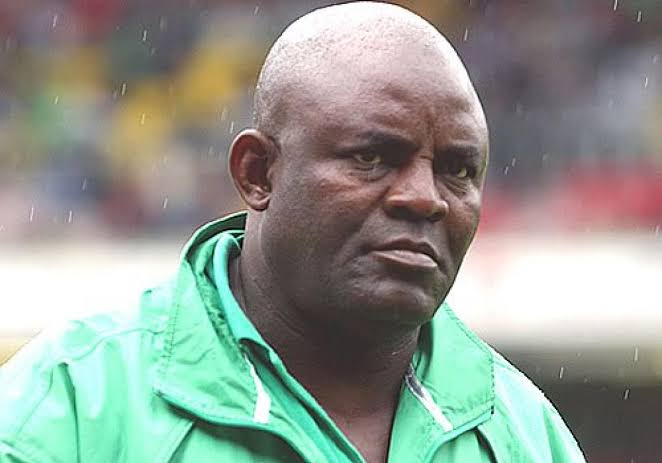 Former Super Eagles coach Christian Chukwu has said Nigerian football would suffer further descent into ruins with the new board of the Nigeria Football Federation because of how the moves for restructuring of the game were frustrated by people in the saddle.

The NFF election to usher in a new board was held on Friday in Benin City, Edo State after the federation secured a stay of execution order against the High Court ruling that had restrained the body from conducting the polls.

The Professional Footballers Association of Nigeria PFAN had called for a reform that will give all the five blocs that make up the Congress of the NFF equal representation in the General Assembly.

The union frowned at the current arrangement where the FA Chairmen, which is just one of the five blocs will have 37 voting slots from the available 44 while the remaining four groups are left with just seven.

PFAN argued that the current structure skewed things in favour of the chairmen who possess the number to consistently produce the presidents and other key positions leaving other blocs with so little or nothing.

The group had approached the court asking it to stop the NFF from staging the polls until its proposal for restructuring is considered.

It got a reprieve two weeks ago from the High Court but Appeal Court on Thursday gave a stay of execution order to allow for the staging of the election.

Chukwu said it is unfortunate that the election was allowed to go on without the reform, saying the polls would produce individuals who have contributed to the present bad state of football in the country.

He said Nigerians should not expect anything different from what they experienced during the eight years of Amaju Pinnick’s administration.

“I don’t expect anything different; people are still the same unless they amend the statutes and allow for more stakeholders. I feel sad about the ruling of the Appeal Court which allowed the election to go ahead without this structural intervention that the players union is asking for.

“Now we are faced with the choice of having the same people, the same cartel that has ruined our football occupying the place again. He said the players union’s attempt to rescue football from those that have run it aground was the most sincere effort wondering why those who don’t know anything about the game are allowed to administer it.

“We have tried to come in as people who have genuinely suffered for football to see how we can remedy the situation and rescue the game from these people by getting more involved but with the way things stand, we are going to have the same individuals in that place. It is only in football that you see all manner of unqualified people occupying the position of authority.

“You can’t see a lawyer being named minister of health or an engineer being appointed as the minister of justice but football has been an all-comers thing,” he said.

The African Cup of Nations winner lamented the inability of the Federal Government through the ministry of sports to force the federation to do the right thing.

“The government has a choice, let them withhold their money and let these people finance themselves; they should be self-sustaining like the CAF (Confederation of African Football). They want to enjoy the government finances but they do not want them to have a say in the running of the game. I don’t think FIFA knows that it is the government financing the NFF, but if government stops putting down the cash there wouldn’t be any need for the cry of government interference,” he said.