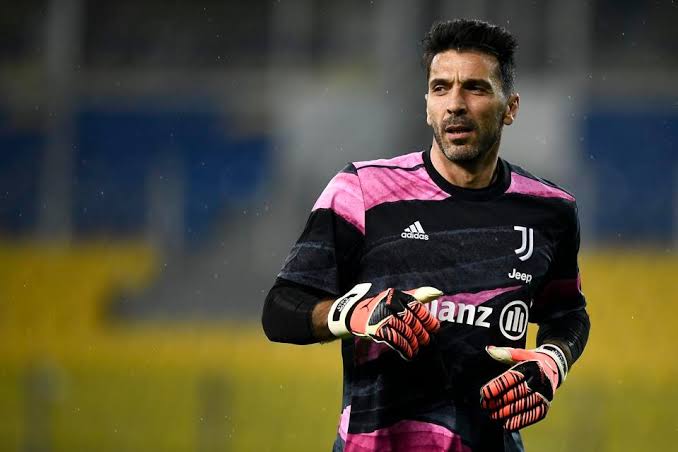 Gianluigi Buffon has signed a contract extension with Serie B side, Parma until 2024, meaning he will be 46 when it expires.

Buffon, 44, rejoined Parma on a two year deal last summer after exiting Juventus, a team a rejoined in 2019.

Buffon won 10 Serie A titles with Juventus and has played a record 657 games in the Italian top flight.

Speaking on his contract extension, the veteran goaltender expressed delight and revealed his deep bond with the club.

“For me and my family, this is a wonderful day. I hope that the city and all fans will be happy,” said Buffon.

“My return to Parma was linked to the relationships and the deep bond I have always had with this city,” added Buffon.

“If I hadn’t believed in what the president has in mind and in what we are doing, I would not have accepted this proposal.

“I am optimistic for the future of this club. It is a beautiful and exciting challenge for me.

“Buffon also announced a new deal in a news conference on Monday, at which he was joined by club president Kyle Krause.

“In addition to leadership qualities, he has great human qualities. For Parma, his decision to continue with us is an honour,” said Krause.

Buffon – who made his Serie A debut for Parma in November 1995 – has played 23 league games this season for the club, who are 13th in the 20-team Serie B after 26 matches.

Abramovich To Sell Chelsea and give Proceeds To Ukraine War Victims