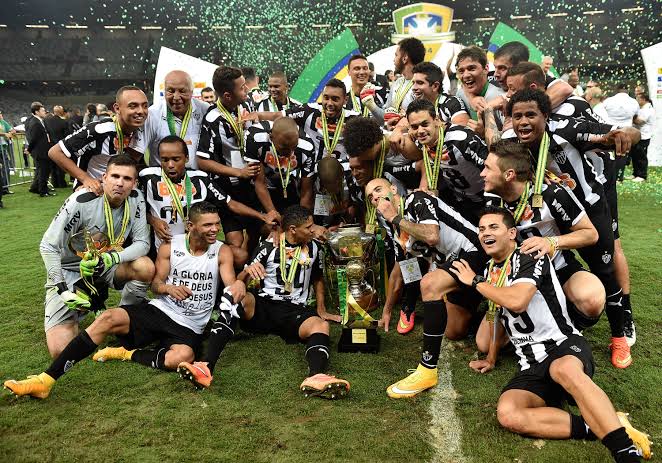 Atletico Mineiro have been confirmed champions of Brazil after beating Bahia 3-2 on Thursday, to win their first league title in 50 years to send their fans into jubilant mode.

Atletico Mineiro were already down to 2-0 after 66 minutes, but fought back three times in the last 17 minutes courtesy two last goals from Keno to give them an unassailable 11 point advantage at the top of the Serie A table.

Thousands of fans are expected to welcome the team when they arrive their home ground in the early hours of Friday morning to celebrate their incredible achievement.

While in the mood of celebrating Mineiro’s achievement, the club’s sponsor MRV construction company are said to pay for Atletico Mineiro fans to get a club tattoo.

The last time the Belo Horizonte outfit won the Brazilian title was back in 1971, the year Brazil inaugurated it’s first league after decades of prioritizing state championships.

Atletico Mineiro has two more league games to play while they also aim to do the double with the Copa do Brazil, which is played over two legs against Athletico Paranaense on December 12 and 16.