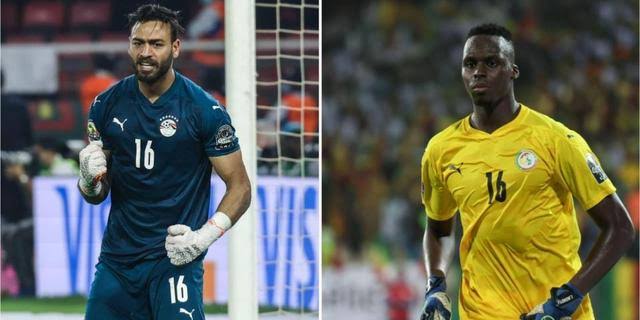 Egyptian national team shotstopper, Mohamed Abou-Gabal, has criticized the Confederation of African Football (CAF), for their choice of awarding Senegal’s Edouard Mendy as the goalkeeper of the tournament.

The 33-year old Zamalek goalkeeper believed his performance during the competition in Cameroon was superior to Senegal’s Edouard Mendy.

Gabaski emerged the hero for the Pharaohs of Egypt particularly in the knockout stages as the Egyptians sealed their second appearance at the finals of the AFCON in five years.

And reacting to losing the award to Mendy, Gabaski claimed the Chelsea first choice told him that he played better.

“Even if I won the individual award, it won’t make any difference because we lost the Africa Cup of Nations title,” Abou-Gabal told MBC Masr.

“I think my numbers are slightly better than Mendy’s, but CAF choices are often odd.”

“Mendy himself said that I played better, he told me to keep going as we’ll meet again in the World Cup qualifiers next March.”

Both keepers will face each other again when Egypt and Senegal clash in the 2022 World Cup qualifiers in March.