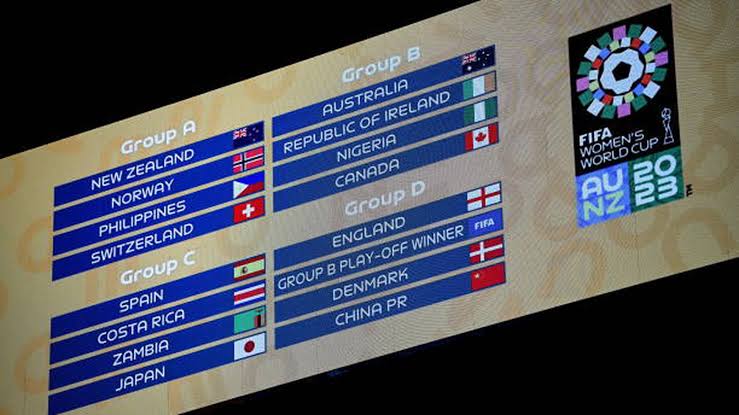 The diverse and distinctive cultures of Aotearoa New Zealand and Australia were showcased in a stunning Draw show in Auckland / Tāmaki Makaurau on Saturday, as the 29 qualified nations and ten play-off hopefuls discovered the groups and initial matches for the ninth edition of the FIFA Women’s World Cup.

At a glittering Aotea Centre, 800 guests from around the globe including the FIFA President and Secretary General, Aotearoa New Zealand Prime Minister Jacinda Ardern, Australian Federal Minister for Sport Anika Wells, representatives from the teams, FIFA Legends, and international media discovered the eight groups after being treated to a spectacular celebration of Māori and First Nations culture.

The 29 qualified nations can now advance their plans for next year’s tournament, which will be the first to be co-hosted by two nations from different Confederations, and the first FIFA Women’s World Cup to feature 32 teams. The Draw outcomes will also further serve to inspire the nations competing in next February’s Play-Off Tournament, as they plot their paths to the groups – D, E, and F – that require one more side to be complete.

The FIFA Women’s World Cup 2023 Draw produced many exciting outcomes, with Host Nations Aotearoa New Zealand and Australia featuring in groups A and B respectively.

Matchday one of the tournament is set to be simply stunning, with New Zealand taking on Norway at Eden Park, before Australia tackle Republic of Ireland at the Sydney Football Stadium.

In order to optimise the specific match details for the benefit of supporters, teams and the media, the final match schedule and kick-off times will be confirmed shortly on FIFA.com.

Fun, football-loving penguin Tazuni, the Official Mascot of the FIFA Women’s World Cup 2023, made her global debut at the Draw, which was broadcast globally on FIFA+.

Following today’s star-studded Draw, fans will get their first chance to secure their seat at the FIFA Women’s World Cup 2023 next week when single match tickets go on sale from 25 October.