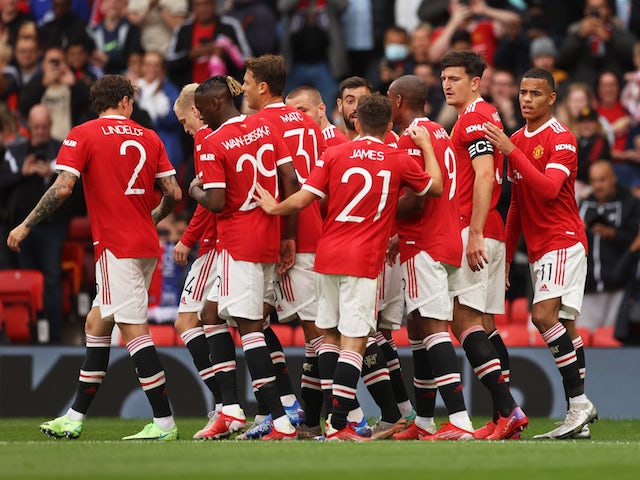 Manchester United fans have voted that the club get rid of 13 players once the transfer window opens.

Big decisions will have to be made in the summer as United look to regroup and improve ahead of next season, with the most important being who is hired to be the next permanent manager following Rangnick’s interim stint in charge.

But improvements in the squad will also be high on the agenda.

MEN Sport asked fans to go through United’s squad and place a vote on whether each player should be kept or allowed to leave, either due to their contracts expiring or on a transfer.

A massive 13 players earned a majority vote to be allowed to leave rather than stay at Old Trafford.

Paul Pogba, Edinson Cavani, Jesse Lingard, Juan Mata and Lee Grant can all leave on a free in the summer at present as their contracts are set to expire and fans believe all five of them should depart.

At the bottom of the table, with only 8.5 per cent of voters wanting him to stay, is Anthony Martial. The Frenchman has made it clear he wants to leave the club and he hasn’t done anything during his loan spell at Sevilla in the latter half of the season for fans to want him to stay.

Next came Phil Jones on 10.7 per cent, who may look to leave after over a decade at the club in order to resurrect his career after finally recovering from a horrid run of injuries.

Defensive pair Harry Maguire and Aaron Wan-Bissaka were also selected as players United should look to sell in the summer, as they got just 26.7 per cent and 32.3 per cent of votes to stay, respectively.

Nemanja Matic, Eric Bailly, Axel Tuanzebe and Tahith Chong complete the list of players fans want to sell in the summer but, perhaps even more interestingly, the votes were split on Cristiano Ronaldo and Marcus Rashford. Each had a sizeable portion of 34.3 per cent of voters who want them to leave.

Donny van de Beek, Brandon Williams, Dean Henderson and Tom Heaton also only just avoided the ‘to sell’ column by getting over 50 per cent of the votes to be kept.